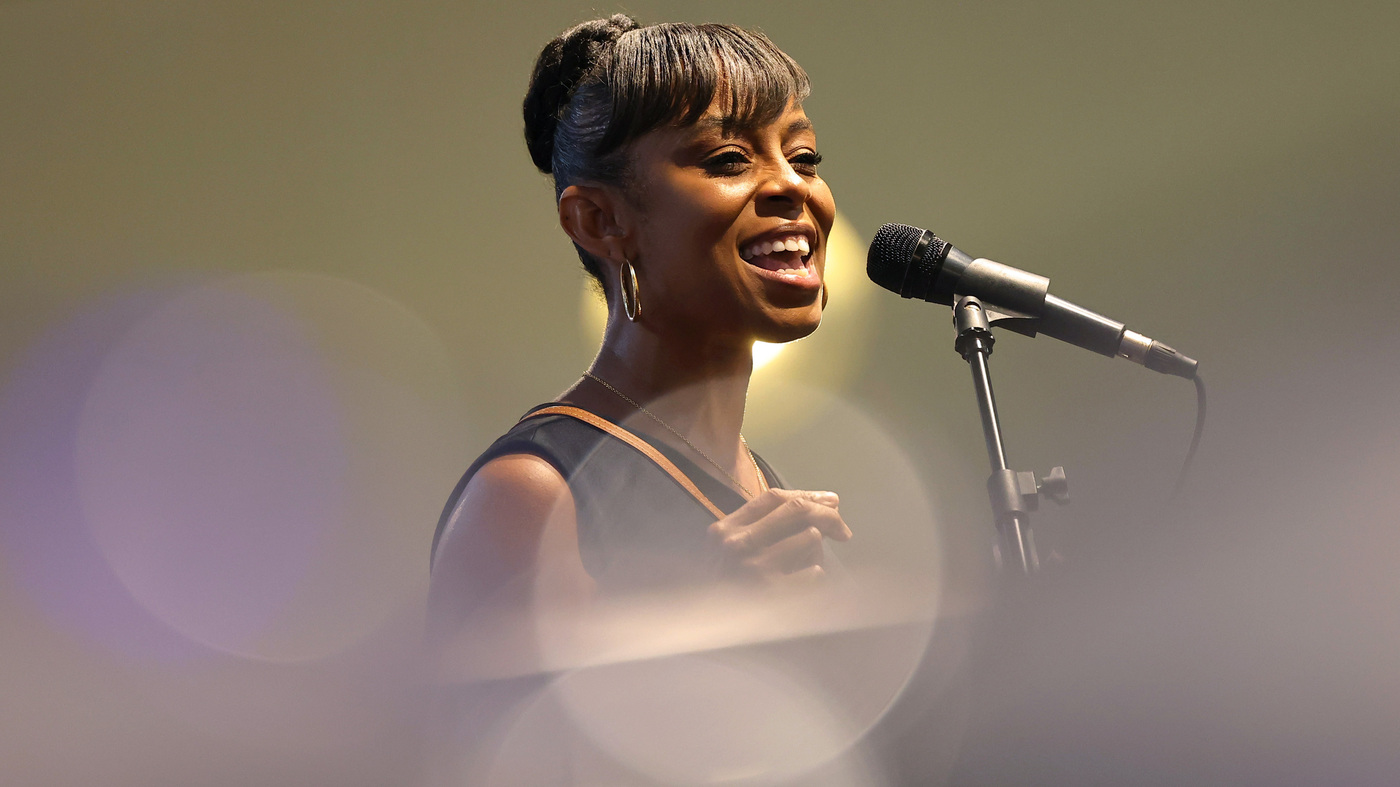 Cuyahoga Councilwoman and congressional candidate Shontel Brown speaks during Get Out the Vote campaign event on July 31 in Cleveland.

Santiago/Getty Images A hard-fought primary wraps up Tuesday in Ohio’s 11th Congressional District, a race that has seen national Democrats descend on the Cleveland area to take sides as two competing factions of the party fight for a historic Democratic seat.

While 13 people are on the ballot, two have emerged at the front of the pack:

Shontel Brown, the Cuyahoga County Democratic Party chair and a county councilwoman; and Nina Turner, a former Ohio state senator and co-chair of Bernie Sanders’ 2020 presidential run.The two are vying for the Democratic nomination to the seat held until recently by Marcia Fudge, whom President Biden named his secretary of housing and urban development.

In this solidly blue district, it’s likely that the winner of the Democratic primary will go on to win the seat.

Elections Democrats Crowd Cleveland For A Primary That Reflects Party Tensions The primary has attracted the attention of many national political figures, with supporters seeming to line up along progressive-versus-moderate lines.Turner has garnered the backing of Sanders, as well as the House’s liberal members of the so-called Squad.

Brown, meanwhile, has the endorsements of Hillary Clinton and House Majority Whip Jim Clyburn, not to mention Fudge’s mother.

That said, there are some endorsements that don’t map perfectly onto that characterization.

“Nina’s been around and doing the work for so long, and I know her as a legislator,” said Bakari Sellers, who co-chaired Kamala Harris’ 2020 presidential run and supported Clinton in 2016.

“We need people who can go into this Congress and get things done.”

Likewise, Jeff Rusnak, an Ohio Democratic strategist who was a state director of Ohio for Bernie in 2016, said he will be voting for Brown.

What the money race and the polls say

Enlarge this image Ohio Congressional Candidate Nina Turner speaks at a campaign rally where she received support from U.S.

Ohio Congressional Candidate Nina Turner speaks at a campaign rally where she received support from U.S.Rep.Alexandra Ocasio-Cortez, D-N.Y., on July 24 in Cleveland.

A Turner spokesperson tells NPR that the team’s fundraising is at around $5.7 million, while Brown’s campaign says it’s at about $2.6 million.

As of mid-July, there was also a difference in how that money came in: The majority of Turner’s money was in donations of less than $200, while the overwhelming bulk of Brown’s money was from larger donations.

However, that hasn’t translated to a massive Turner lead; to the contrary, reports of polls from the campaigns and outside groups spending on the race have shown Brown gaining on Turner in recent months.

Brown’s campaign told NPR that their internal polling as of a week ago put her 3 percentage points ahead of Turner, and that they expect it to be a close race.Turner’s campaign declined to provide polling.

Politics How House Democrats’ Campaign Chief Plans To Defy History In 2022 But there’s plenty of other money flowing into the contest beyond what the candidates have raised.Ads from outside groups supporting Brown or opposing Turner total around $2.9 million, according to the Center for Responsive Politics, compared with nearly $900,000 spent supporting Turner or opposing Brown.

Political action committees working on behalf of Turner include the progressive Working Families Party and the Democratic Action PAC.

“Nobody’s used to voting in August” Turnout is perhaps the key factor making this race unpredictable.A Brown campaign spokesman told NPR that it’s likely that a lower turnout benefits them more than Turner, but that they believe they can do well in some areas where turnout picks up.The Turner campaign, meanwhile, says they are working hard to try to boost turnout.

“Honestly, it’s taking some work, and the reason being is this election is in the middle of vacation season,” Sellers said.”Nobody’s used to voting in August.”

While this is a closely watched contest, it is not the only special election campaign happening right now.

Voters will also go to the polls Tuesday in Ohio’s 15th district , to choose nominees in the race to replace Republican Rep.

Steve Stivers, who left the seat in the spring to become president and CEO of the Ohio Chamber of Commerce.

Former President Donald Trump has weighed in in the GOP primary, throwing his support behind coal lobbyist Mike Carey..