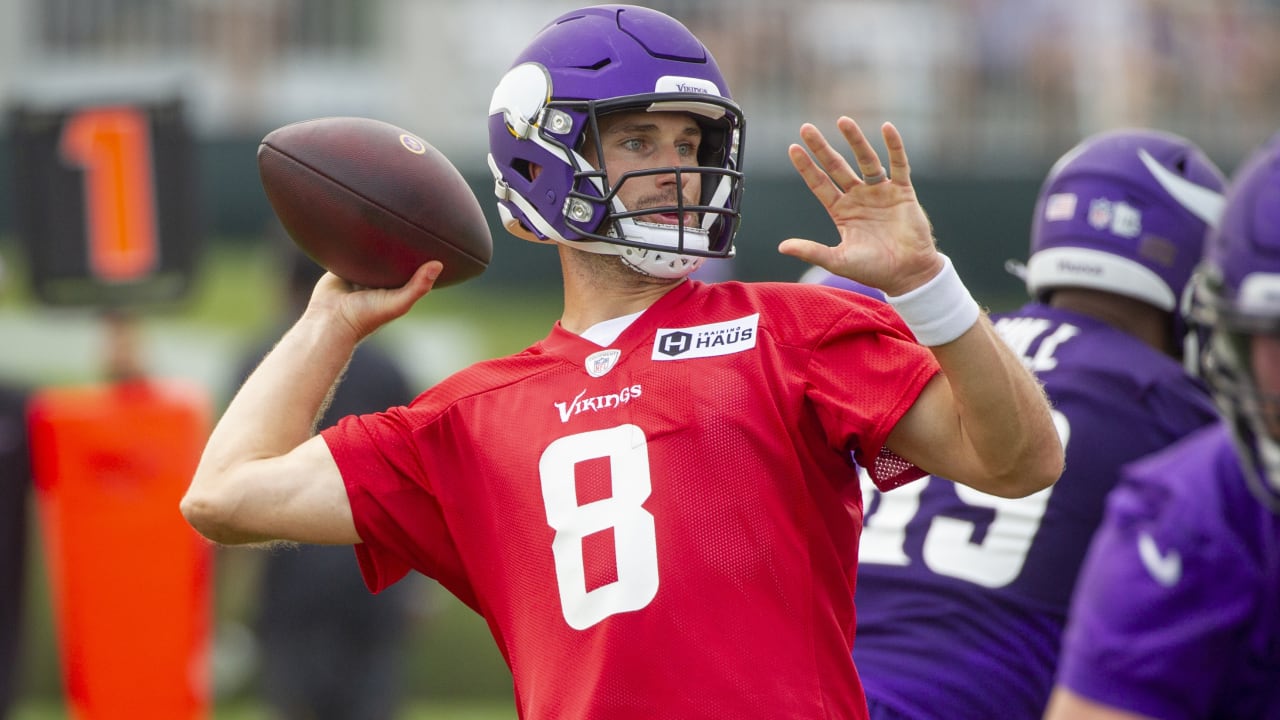 Kirk Cousins is back for the Minnesota Vikings after sitting out multiple practices due to COVID-19 protocols, but isn’t talking when it comes to his vaccination status going forward.

The club’s starting quarterback was lost as a high-risk close contact at the onset of training camp after rookie third-round draft pick QB Kellen Mond tested positive for the virus.Cousins said he’s had half a dozen negative tests since he was last in contact with Mond, according to Chris Tomasson of the St.Paul Pioneer Press .As for his current vaccination status, Cousins cited privacy in declining to answer other than to say he was “at peace” with it.

“I think the vaccination decision is a private health matter for me, and I’m going to keep it as such,” Cousins said.”I do believe that as a leader of the team it’s very important to follow the protocols to avoid this close contact because that is what it’s going to come down to.Did you have a close contact? So I’m going to be vigilant about avoiding a close contact.

“I’ve even thought about, should I just set up literally Plexiglas around where I sit so that this could never happen again? I’ve thought about it.Because I’m going to do whatever it takes.

So we’re going to avoid this close-contact thing and I look forward to making sure I’m playing for every game this year.”

Also lost for a few practices was QB Nate Stanley for the same reason, so the Vikings QB room was wiped out with the exception of Jake Browning ﻿, who got all the reps he could hope for in the absence of any other passers in camp, and a pair of camp arms added after the fact (﻿ Case Cookus and Danny Etling ﻿).

Cousins noted that the quarterbacks are now meeting in a larger room and that he was deemed a close contact strictly because of the previous room’s (lack of) size.

Asked whether missing half a week of practice affects his attitude toward vaccination, the veteran starter told reporters, “I’m taking into account everything that’s happening and very much doing my research and trying to understand why I missed and then how to make sure it doesn’t happen again.” The QB added, when asked, that he has not spoken to Dr.Allen Sills, the NFL’s chief medical officer.

Coach Mike Zimmer didn’t express dismay with Cousins specifically this week, but was clearly frustrated with the collective impact that Mond’s positive test created.Cousins, however, said he and the coach are “absolutely” on good terms as he returns to practice.

“We had a tremendous conversation last night, great dialogue,” Cousins said of Zimmer.”I’ll leave my discussions with him with him, but it was a very positive discussion, I came away feeling great.”

Cousins added that he doesn’t think the dynamic between vaccinated and unvaccinated players in Minnesota’s locker room will “be an issue.”

High-risk close contacts are required to isolate if they’ve had previous contact with someone who tests positive, according to league protocols.

Fully vaccinated players, however, are tested daily for three days after exposure but do not carry the high-risk designation and thus are not isolated..