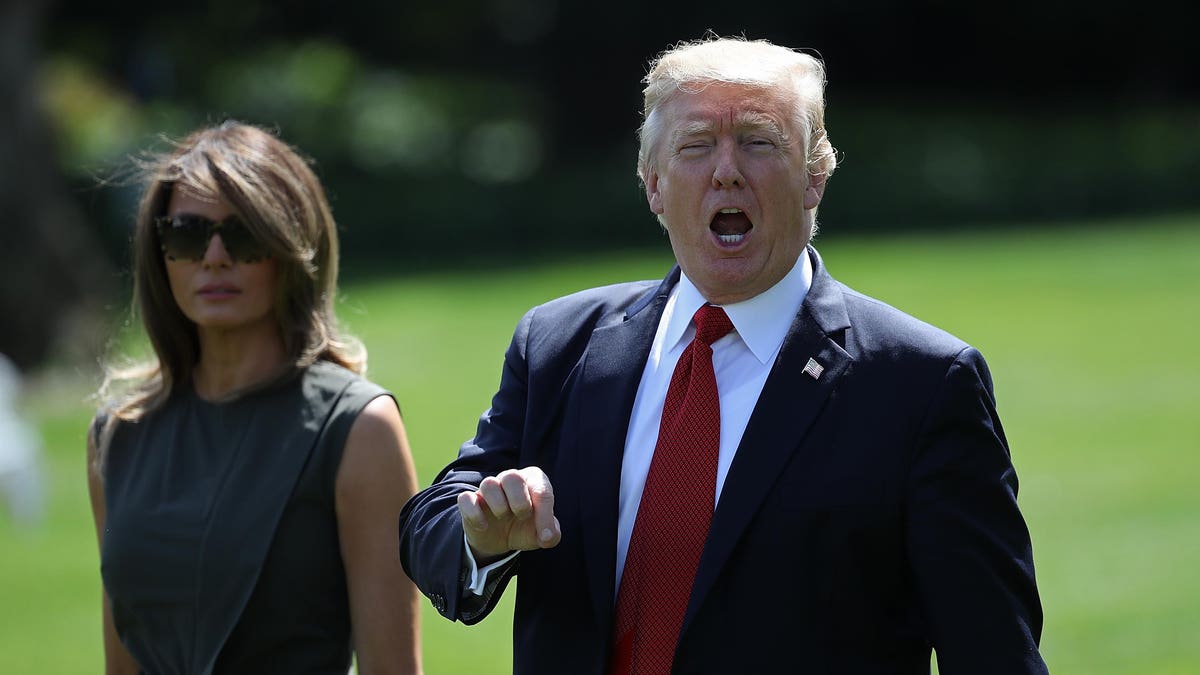 Topline The United States won their bronze-medal match Thursday in the Tokyo Olympics, but former President Donald Trump attacked the team for failing to take home the gold, claiming they are “headed by a radical group of Leftist Maniacs” and that America “should replace the wokesters with Patriots.”

Key Facts After losing to Canada in the semifinals, the U.S.bounced back on Thursday, capturing the bronze medal by defeating Australia 4-3.

Shortly after the victory, Trump released a vitriolic statement lashing out at Team USA, arguing “they would have won the Gold Medal instead of the Bronze” if they weren’t “woke.”

Trump stated, “Woke means you lose, everything that is woke goes bad, and our soccer team certainly has.”

The former president concluded his statement by taking aim at American superstar Megan Rapinoe, calling her “the woman with the purple hair” and saying she “played terribly despite the fact she netted two huge goals and was the game’s leading scorer.

“That bronze means so much,” the captain Becky Sauerbrunn told the New York Times , adding “it feels like we really had to earn that thing.And we’re very proud of it.”

Tangent: As part of his statement, Trump criticized Rapinoe and her teammates for kneeling during the playing of the U.S.national anthem at the Tokyo Olympics.”There were a few Patriots standing.

Unfortunately, they need more than that respecting our Country and National Anthem,” Trump contended.However, although viral posts on Facebook alleged several took a knee in protest, no players kneeled .The team decided earlier this year to stop kneeling during the anthem.

Crucial Quote: “I think those that were collectively kneeling felt like we were kneeling to bring about attention to police brutality and systemic racism, and I think we decided that moving forward, we no longer feel the need to kneel because we are doing the work behind the scenes.

We are combating systemic racism.And we never felt we were going to kneel forever,” defender Crystal Dunn said in February.

Key Background: The combative relationship between Trump and the U.S.women’s soccer squad dates back to the 2019 World Cup when the team knelt during the national anthem to protest systemic racism.Trump tweeted that Rapinoe and the other players “should never disrespect our Country, the White House, or our Flag, especially since so much has been done for her & the team.” Rapinoe responded by describing herself as a ” walking protest ” to Trump’s policies.Last month, while speaking at an event hosted by Turning Point, Trump encouraged the crowd to boo the U.S.women during their Olympic push, claiming that ” Americans were happy ” that the U.S.

Stinchfield said he was rooting against “Megan Rapinoe and her merry band of America-hating female soccer players,” characterizing them as “a collection of whiny overpaid social justice warriors are very hard to root for.”

Big Number: 60%.That’s the percentage of Americans that believe it would be bad for the country if Trump ran for president in 2024, according to a Quinnipiac University poll released on Wednesday.