Trae Young, Hawks agree to five-year max extension that could be worth $207 million, per report 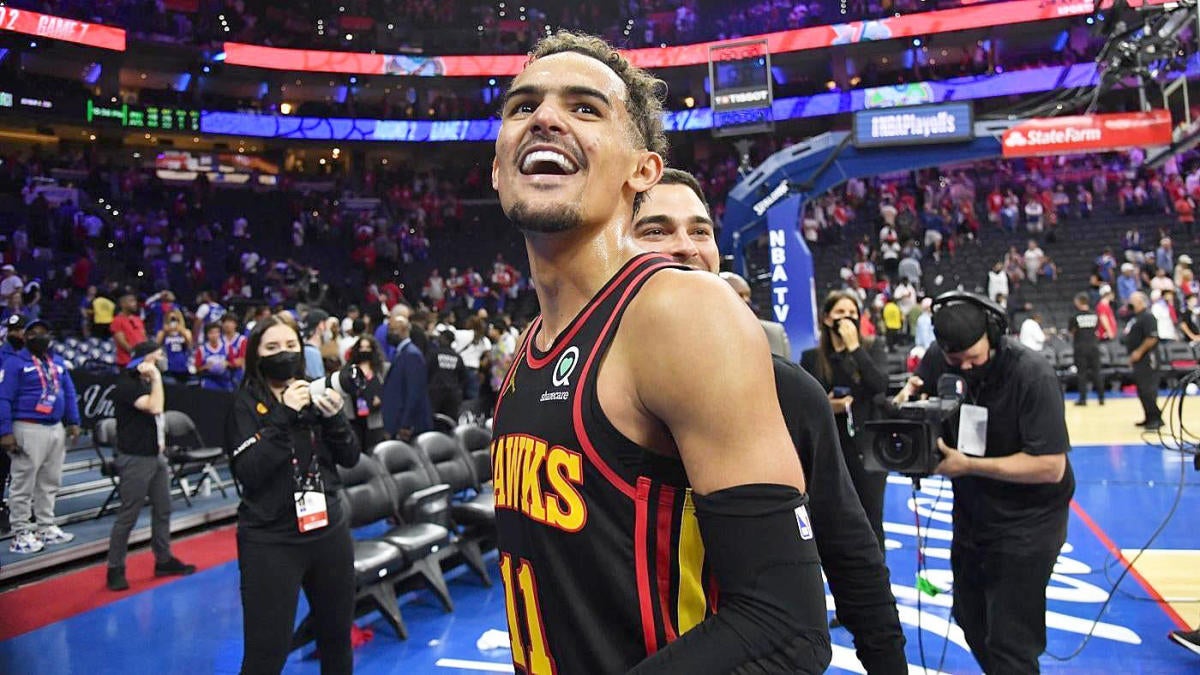 The Atlanta Hawks are signing point guard Trae Young to a five-year, maximum salary extension, as first reported by Jeff Schultz of The Athletic and later confirmed by Adrian Wojnarowski of ESPN .The exact price of that extension will depend on what happens next season.Right now, Young is eligible to receive roughly $172 million over five years beginning in the 2022-23 season.That represents a salary that starts at 25 percent of the projected cap for that season.However, if Young meets the criteria for the Derrick Rose rule, his salary can start at up to 30 percent of the cap in the first season of the deal.That would push the projected value of the deal as a whole to roughly $207 million.In order for a player to become eligible for the Rose Rule, he must make an All- [NBA Team](/nba/teams) , win MVP or win Defensive Player of the Year in the season before signing or in two of the previous three seasons.Luka Doncic is already eligible for such an agreement with the Dallas Mavericks .

CBS Sports HQ Newsletter Your Ultimate Guide to Every Day in Sports We bring sports news that matters to your inbox, to help you stay informed and get a winning edge.Thanks for signing up! Keep an eye on your inbox.Sorry! There was an error processing your subscription.Young has never made an All-NBA team, but after a breakout postseason in which he led the Hawks to the Eastern Conference finals, he should be a serious candidate to do so as long as he stays healthy.His Hawks suffered a variety of injuries last season, and if they stay healthy as a team, they should be one of the more dangerous squads in the Eastern Conference.An extension of this magnitude for Young is necessary, but that doesn’t mean it doesn’t have drawbacks.

The Hawks are about to become one of the more expensive teams in basketball.

John Collins is currently a restricted free agent and retaining him won’t be cheap.

Kevin Huerter is also eligible for an extension this offseason, and Cam Reddish and De’Andre Hunter will be next offseason.Clint Capela , Bogdan Bogdanovic and Danilo Gallinari are all already playing on market-value deals.Eventually, the Hawks are going to have some difficult financial decisions to make.But those decisions will not impact Young.

His teammates might change, but he himself will be staying with the Hawks as Atlanta’s franchise player for the foreseeable future..