Tokyo Olympics: What to watch for in Australia-United States and France-Slovenia Semifinals matchups 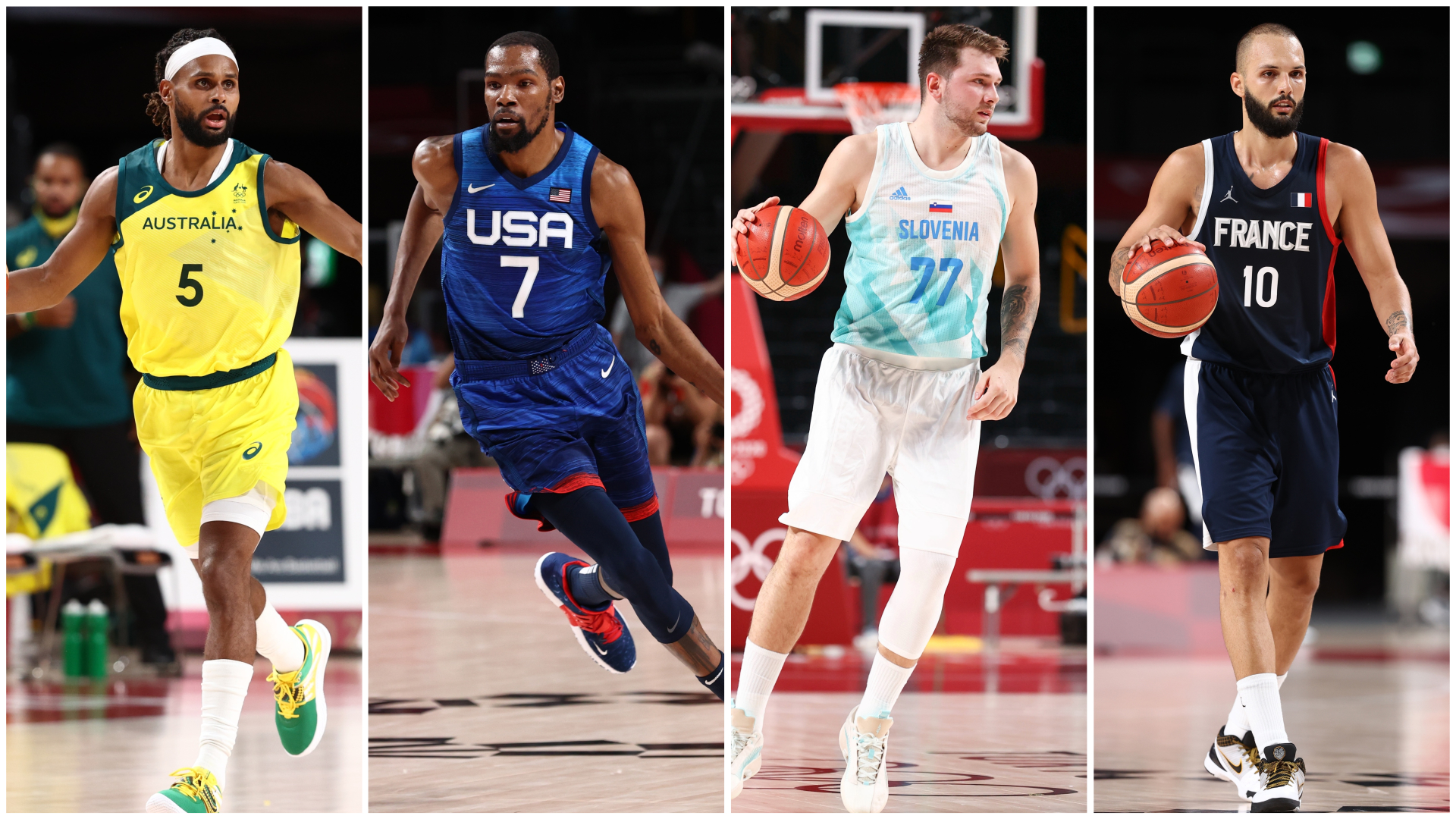 Tokyo Olympics: What to watch for in Australia-United States and France-Slovenia Semifinals matchups And then there were four.The Men’s Basketball Draw at the Tokyo Olympics is nearing a close as the Semifinals consist of two must-see matchups, beginning with a meeting between the United States and Australia, followed by a meeting between France and the Luka Doncic-led Slovenian National Team.With just two wins separating one of the above teams and Olympic gold, here are some things to watch as the Semifinals begin.United States vs.Australia — 12:15 a.m.

ET / 9:15 p.m.PT The first of two matchups is between two teams that are very familiar with one another, as the Boomers and Team USA met in an exhibition just weeks ago on July 12.Much has changed since then, but Australia did get the best of the Americans the first time around, earning an eight-point victory in the friendly exhibition.

In addition to their prior meeting, there is no shortage of NBA talent on both sides, adding to the lustre of the matchup.Can Patty Mills keep it up? In the aforementioned exhibition, Mills led the way for Australia with 22 points and four assists, the level of play he’s kept up throughout the Olympics.With the Boomers, Mills is just different.Through four games, he’s averaging 20.8 points, 5.3 assists and 3.3 rebounds, and is coming off of an efficient 18-point performance in the Boomers’ dominant win over Argentina.

As it’s no secret that things start and end with Mills, Team USA could look to employ Jrue Holiday defensively with an aim of making life difficult for Australia’s prolific star.If Mills can find ways to get going despite Holiday’s All-NBA defence, Australia will be in a great spot.

It’s KD’s time For Team USA, it begins with Kevin Durant.After scoring a combined 20 points in America’s first two games, Durant finished with 23 points, eight rebounds and six assists to close out the Group Phase and is fresh off of scoring 29 points (on 10-for-18 shooting) in Team USA’s Quarterfinal victory over Spain.

It’s no secret that Durant is arguably the most unguardable player in the world.Australia will have its hands full in an attempt to make things difficult for him.After Durant, Team USA has a number of offensive weapons, from Damian Lillard to Devin Booker, making the defensive challenge that much more difficult.Relatively speaking, containing Durant would be a great start.

On the brink of history While Team USA is two wins away from its fourth consecutive gold medal, the Boomers have never medalled before.The added stakes make it an even more highly-contested matchup between two extremely talented programs.Slovenia vs.France — 7:00 a.m.ET / 4:00 a.m.

PT On the opposite side of the bracket stands two teams that have yet to lose in Japan.Headlined by Slovenia’s Doncic and three-time Defensive Player of the Year Rudy Gobert of France, the NBA talent will again be on full display.Luka Magic At this point, is there anything that Luka can do that would come as a surprise? In the first-ever appearance on the Olympic stage for Slovenia, Doncic has his nation just one win away from medalling.After exploding for 48 points in the opener, the 22-year-old phenom is averaging a tournament-leading 26.3 points to go along with 10.0 rebounds and 8.0 assists through four games.After nearing a triple-double against Germany, Doncic faces a French defence that is anchored by Gobert but also features Nicolas Batum and Timothé Luwawu-Cabarrot, who each will likely see time with the defensive assignment of Doncic.Ultimately, it’s a team deal, and the defensive schemes put in place with Doncic in mind will be a game within the game.Evan Fournier’s offence Take out the blowout win over Iran in which Fournier saw just 14 minutes of action, and the newest member of the New York Knicks has a game of 28 points and two 21-point performances, including his most recent showing against Italy in the Quarterfinals.

With all of the NBA talent present on France’s roster, Fournier is the guy who paces the offence, which will be key as Doncic looms on the other end.When Fournier gets going, things get much easier for the others, like Batum, Gobert, Nando De Colo and Thomas Heurtel.The views on this page do not necessarily reflect the views of the NBA or its clubs..