The winners (Pat Riley, again) and losers (Bucks) from a wild Day 1 of NBA free agency 2021 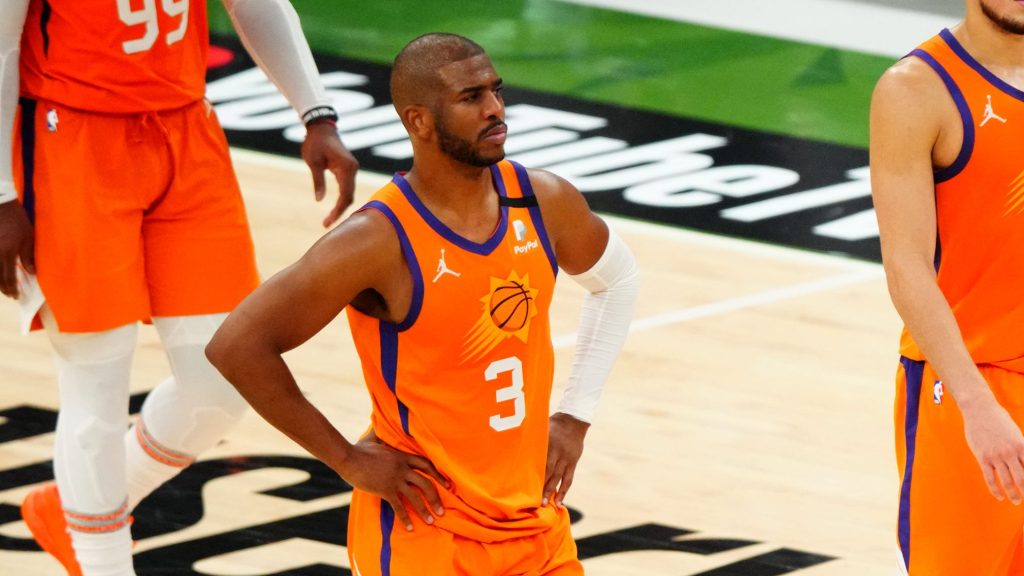 Did you catch your breath from all those moves from the first day of NBA free agency on Monday night? We’ll give you a second.And then: let’s dive into who won and lost in the flurry of moves.It might be a little early to do that, but a lot of the big names who were available are now signed … and a lot of them are staying with the teams they were with previously.Yes, we’ll address that below.But there are still plenty of names left who could make impacts.Let’s go over the winners and losers from Monday’s first day: WINNERS Running it back It seems pretty clear that continuity ruled the day.

Chris Paul declined his option but stayed with the Phoenix Suns, who made it to the NBA Finals last month.Mike Conley stuck with the Utah Jazz, who were the No.1 seed in the West.Duncan Robinson stayed with the Miami Heat.

Tim Hardaway Jr.is still a Maverick.You get the picture.For many members of this free-agent class, they recognized they could contend with what they have.Pat Riley He keeps on winning, seemingly every year.I don’t know how he kept the Miami Heat under the cap, but he did by re-signing Robinson — a vital part of their shooting and spacing success — giving Jimmy Butler a four-year max extension, and signing veteran point guard Kyle Lowry.

Oh! And NBA champion P.J.Tucker brings his “WE DOGS!” mentality and defensive versatility to South Beach.

The Heat will continue to contend thanks to another amazing set of Riley moves.Chicago Bulls The roster is a weird mix of young (Coby White, Patrick Williams), All-Star (Nikolva Vucevia, Zach LaVine) and everything in between (if they re-sign Lauri Markkanen, I feel like that counts?).

But you’ve got to admit: nabbing Lonzo Ball and Alex Caruso makes this team pretty solid.Does it make them a top-six team in the East? I’m guessing no.But … they’re intriguing! There’s something to be said for that.Young superstars getting paid Congrats to Shai Gilgeous-Alexander for getting max money from the Oklahoma City Thunder and to Trae Young for the same from the Atlanta Hawks.

Those two franchises now have their cornerstone superstars locked up.Huge.New Orleans Pelicans (for the Devonte’ Graham contract) We’ll get to the Pels later in this post (FORESHADOWING!), but if you’re going to sign-and-trade Ball, getting Graham at a heavy discount (four years, $47 million) seems like a steal.LOSERS New Orleans Pelicans (for losing Ball) Told you we’d address this.Couldn’t the franchise just have paid Ball and kept the first-rounder they dealt for Graham, along with the return they got from the Bulls in the sign-and-trade? Maybe it was clear that Ball didn’t want to stick around.But if that wasn’t the case? It could be the kind of move that doesn’t make Zion Williamson happy, especially if Graham doesn’t work out.Free agent “negotiation period” Can we just call it something else? Because it’s clear that from the first minute of the free-agent “negotiation period” that deals have clearly been negotiated beforehand.Milwaukee Bucks Losing Tucker is kind of a big deal when you saw what kind of impact he made on the NBA champions.

Plus, CP3 stayed with the Suns, the Heat got better and Russell Westbrook is a Laker now .Defending the title might be much, much harder.Los Angeles Lakers It’s hard to call this team a loser when they’ve acquired a superstar like Westbrook.But: will that move work (I have so many doubts)? And as for the supporting cast: losing Caruso hurts a lot.I think Kyle Kuzma and Kentavious Caldwell-Pope are more important than you think.Will Dwight Howard, Kent Bazemore, Trevor Ariza and Wayne Ellington fill in the gaps? I also have many doubts.SOMEWHERE IN BETWEEN: New York Knicks I’ll be honest: I went to bed feeling confident and woke up feeling nervous.On one hand: Evan Fournier will take the scoring load off Julius Randle.

Bringing back Nerlens Noel, Derrick Rose and Alec Burks gives the franchise basically the same roster that surprised the league last season.On the other: is it just a sideways move that will clog up cap room if a superstar wants out? It feels like some of these contracts are tradeable if need be.The point is: I don’t think they’re losers given the Fournier upgrade, I don’t think they’re winners because they’re sort of the same team as last year.It feels like there’s more that will unfold in the near future..