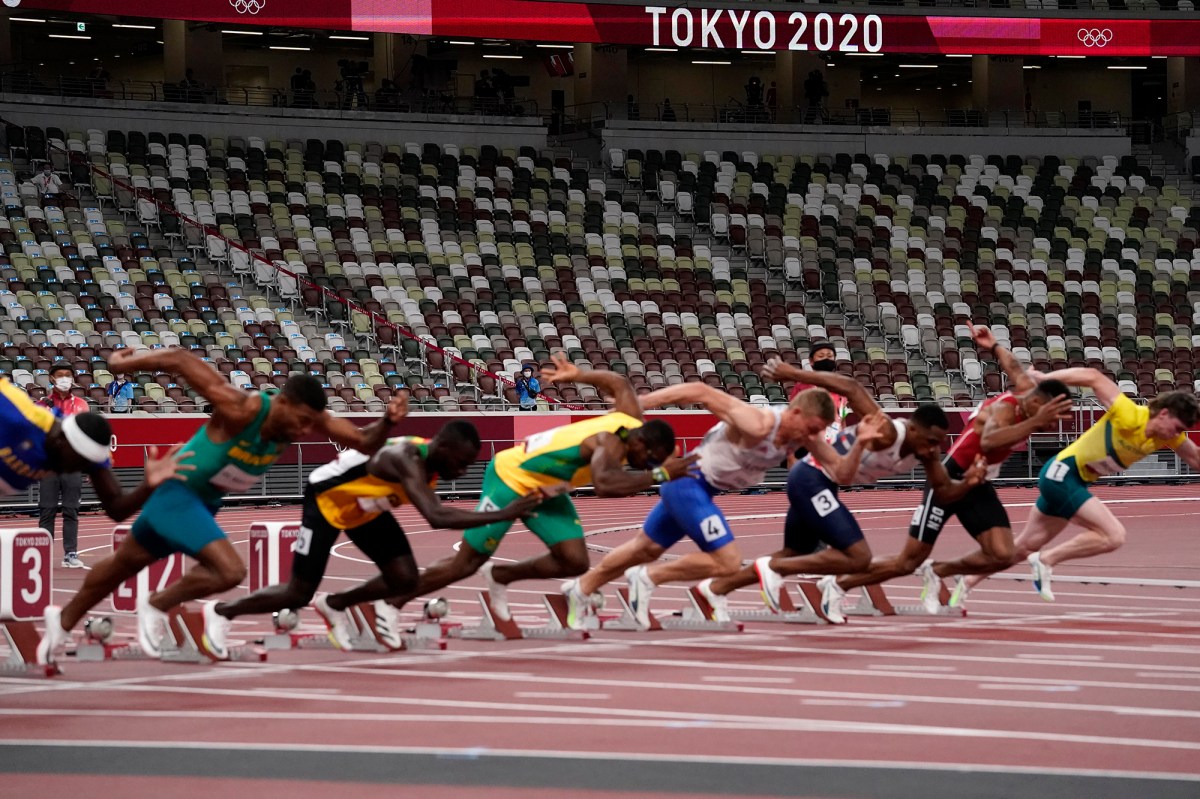 More On: 2020 olympics The ads for the Olympic Games are preachy, hypocritical nausea Olympic memorabilia fetching high prices at auctions Chaos unfolds during Team USA upset in beach volleyball Olympic-medalist tweets she’s ‘final boss’ you face after beating ‘other masc lesbians’ TOKYO — The Jamaican sprinter and her Olympic-record time captured everyone’s attention.What’s under foot, though, might have been a factor when Elaine Thompson-Herah broke a 33-year-old Olympic record in the women’s 100 meters.

It’s shaping up as a fast track surface at Olympic Stadium.Runners are certainly on track to setting personal, Olympic and possibly even world-record times over the next week at the Tokyo Games.

The brick-red track is made by Mondo , a company that’s been around since 1948 and has been the supplier for 12 Olympic Games.This particular surface, according to the company, features “three-dimensional rubber granules specifically designed with a selected polymeric system that are integrated in the top layer of MONDOTRACK WS that are added to the semi-vulcanized compound.The vulcanization process guarantees the molecular bond between the granules and the surrounding matter, creating a compact layer.”

“Feels like I’m walking on clouds,” U.S.100-meter sprinter Ronnie Baker explained of the surface.“It’s really smooth out there.

One of the nicest I’ve run on.”

Alex Rose, of Samoa, and Diane Van Es, of the Netherlands, collapse after competing during the first round of the women’s 5,000-meter at the 2020 Summer Olympics, Friday, July 30, 2021, in Tokyo.AP Is it really that fast?

The track also has been baking in the Tokyo sun with little use, making it extra firm.

When was the track installed?

The track went in over four months, from August to November 2019 .It hasn’t seen much action since the surface was put in.The athletes are breaking it in with style.

“You just feel it, man, you just feel it,” South African sprinter Akani Simbine said.“You know what fast tracks feel like.And for us, this track feels really quick and I am looking forward to running quick on it.”

AP Why so bouncy?

Mondo says on its website that the main objective was to “maximize the speed of athletes and improve their performance.” The top layer is vulcanized rubber to help with elasticity.There are also “air-filled cavities” in the lower layer, which assist with “shock absorption, energy storage and immediate kinetic response.”

More to the point: It helps racers fly down the track.

“Some tracks absorb your motion and your force,” American 400-meter hurdler and world-record holder Sydney McLaughlin said.“This one regenerates it and gives it back to you.

You can definitely feel it.”

Keep close watch on the men’s and women’s 400 hurdles.McLaughlin set the mark (51.90 seconds) on June 27 at the U.S.Olympic trials, breaking the record that had belonged to teammate Dalilah Muhammad.

They will be the gold-medal favorites Wednesday — and may break the mark again.

Jamaica sweeps women’s 100m amid Sha’Carri Richardson’s absence No contestant stood a chance against Jamaica’s trio of sprinters…Karsten Warholm of Norway recently broke the men’s 400 hurdles mark when he went 46.70.He eclipsed a record that had stood since 1992.Can he break it again?

“Maybe someone else will do it,” Warholm cracked.“I’ve done my job.”

Gotta be the shoes, too?

The other factor in these records could be the technological advances in the spikes.

Nike’s Vaporfly model of shoe shook up the world of distance running a few years ago, with carbon-plated technology credited for helping runners shave minutes off their times.That sort of technology is moving its way into the spikes for sprinters.

Thompson-Herah also has a theory on fast times after running 10.61 seconds to break the Olympic mark of the late Florence Griffith Joyner.“My training,” she said.“Doesn’t matter the track or the shoes.”.