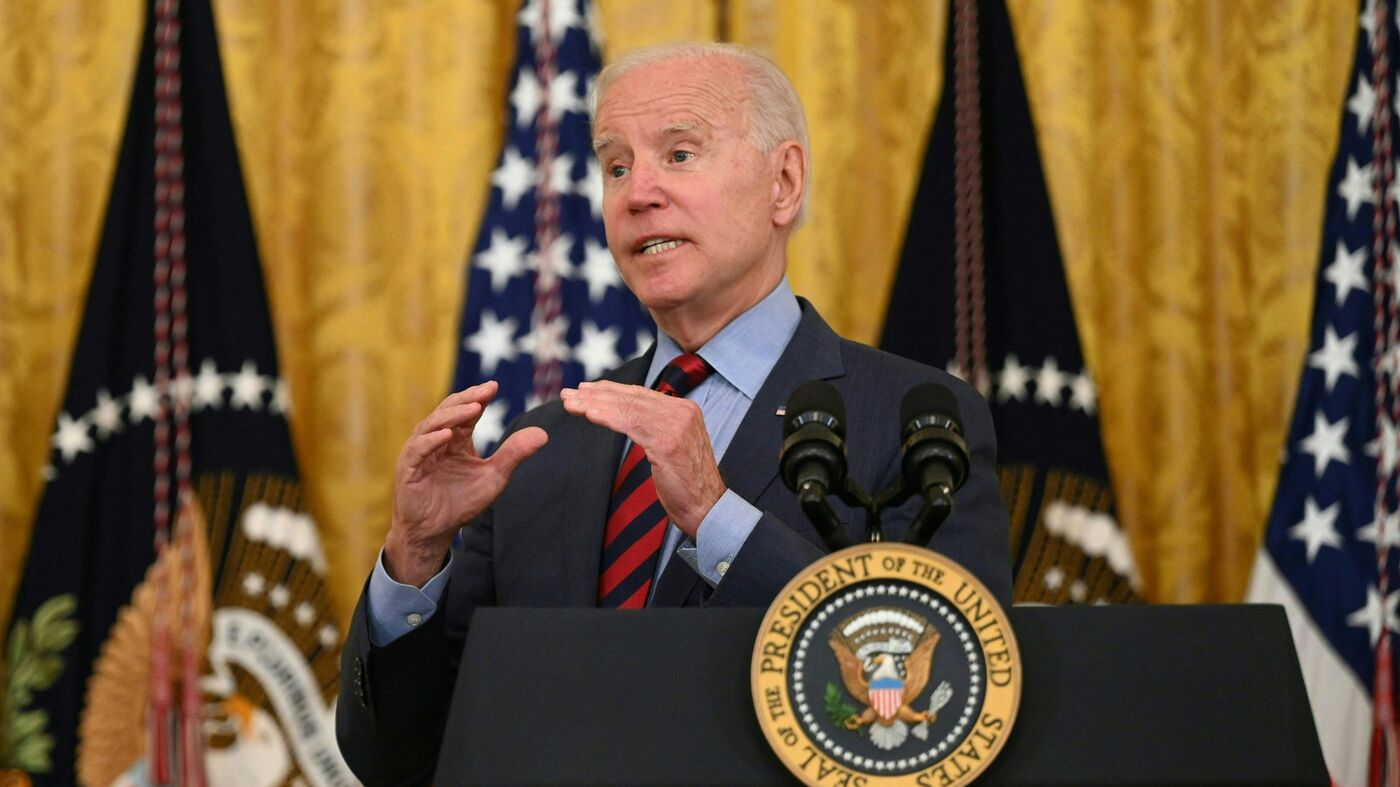 Enlarge this image President Biden speaks Tuesday about the importance of getting vaccinated against COVID-19.Jim Watson/AFP via Getty Images hide caption

President Biden speaks Tuesday about the importance of getting vaccinated against COVID-19.

Jim Watson/AFP via Getty Images Days after a national eviction moratorium expired, the Biden administration plans to announce a more limited freeze on evictions, a source familiar with the decision told NPR on Tuesday.

President Biden said details of the pause would come from the Centers for Disease Control and Prevention later Tuesday.

The source said the new, partial eviction moratorium plan is based on which counties are experiencing “substantial” and “high” spread of the the coronavirus.

As of Tuesday afternoon that’s the vast majority of U.S.counties.

The federal ban expired Saturday night, affecting millions of Americans who now have the potential to be removed from their homes if they’ve fallen behind on rent.

Since the moratorium’s expiration, progressives have pressured the Biden administration to extend the pause on evictions.

The administration previously said it didn’t have the legal authority to issue a such a measure.

Gene Sperling, who oversees the White House’s rollout of COVID-19 relief, told reporters on Monday that Biden had “quadruple checked” whether he had the legal grounds to unilaterally extend the moratorium but said ultimately, his hands are tied by a Supreme Court ruling that blocked the CDC from extending the moratorium past the end of July.A last-minute effort by Congress to extend the measure failed.

Sperling added that Biden was asking state and local governments to extend or pass eviction moratoriums themselves and noted there’s still billions of dollars in rental assistance aid available.

“Any call for [a] moratorium based on the Supreme Court’s recent decision is likely to face obstacles,” he said.”I’ve indicated to the CDC, I’d like them to look at other alternatives [other] than the one that is in existence, which the court has declared they’re not going to allow to continue.”

For days, a group of congressional Democrats has argued that the prevalence and severity of the delta variant necessitate the continuation of the moratorium.

Cori Bush, who has been a driving force in the effort to raise awareness about the moratorium’s expiration, slept outside the Capitol in protest.Bush, along with New York Democrat Alexandria Ocasio-Cortez and others, called on their House colleagues to return to Washington after leaving for recess and pushed the White House to step in.

Many of my Democratic colleagues chose to go on vacation early today rather than staying to vote to keep people in their homes.

I’ll be sleeping outside the Capitol tonight.We’ve still got work to do.