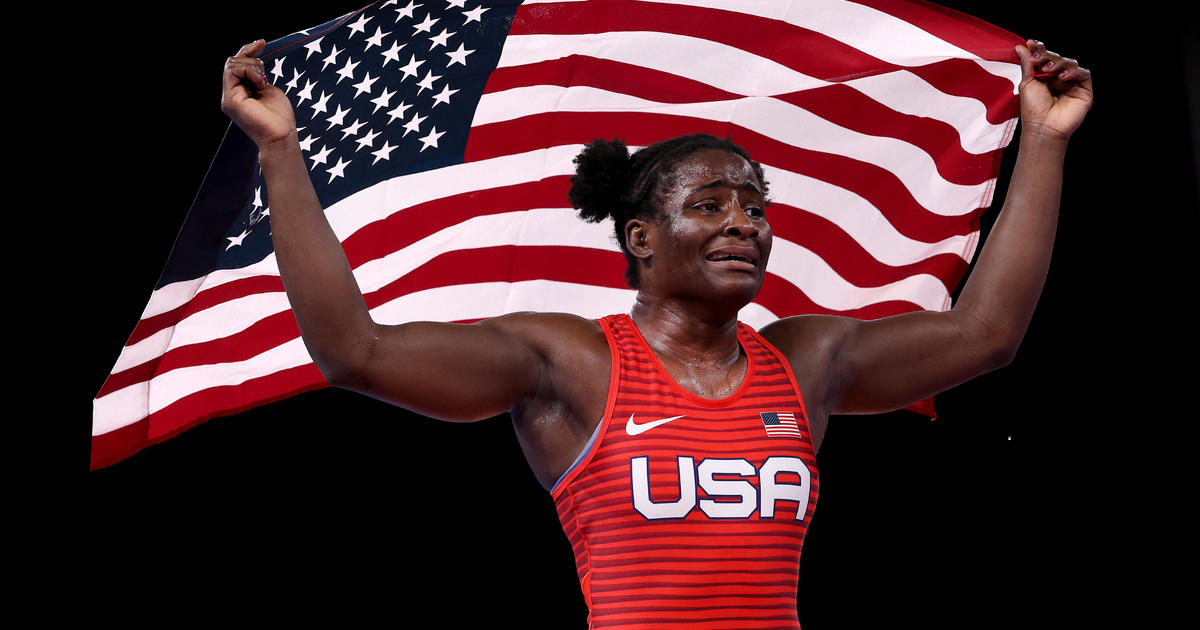 Tamyra Mensah-Stock made history on Tuesday after she became the first Black woman to win gold for Team USA in freestyle wrestling.Mensah-Stock, who was seeded No.1, defeated No.2-seed Nigeria’s Blessing Oborududu 4-1 in the women’s 68-kilogram freestyle final.

In the moments following her win, Mensah-Stock raised her hands and made a heart shape before hugging her coaches.

In a subsequent interview , the 28-year-old from Katy, Texas, professed her love for her country.

“It feels amazing,” she said.

“I love representing the U.S.

I freaking love living there, I love it, and I’m so happy I get to represent U-S-A!”

She said the victory meant even more because of her family’s heritage in Ghana, where her late father was from.Her father died in a car crash coming home from one of her high school wrestling meets, according to a post from Team USA on her victory.

“He would have been the loudest one here,” she said through tears, adding that Ghana and Nigeria are rivals.

She also spoke about the significance of young girls seeing her take the top prize.”It means that they see someone like themselves on that podium…showing them that just because you’re a female it doesn’t mean you can’t accomplish the biggest of goals,” she said.

Mensah-Stock won the U.S.Olympic team trials ahead of the 2016 Rio Olympic Games.But the U.S.did not qualify in her weight class, so she participated in the games only as a training partner, according to the Team USA post.

But she kept believing in herself — and dominated the competition at the Tokyo Olympics.

“I knew it would be hard.I prayed that I could do it.In my wildest dreams I knew.”

She is only the second American woman to win Olympic gold in women’s wrestling since the event was added in 2004.Team USA’s Helen Maroulis won gold in the event in 2016..