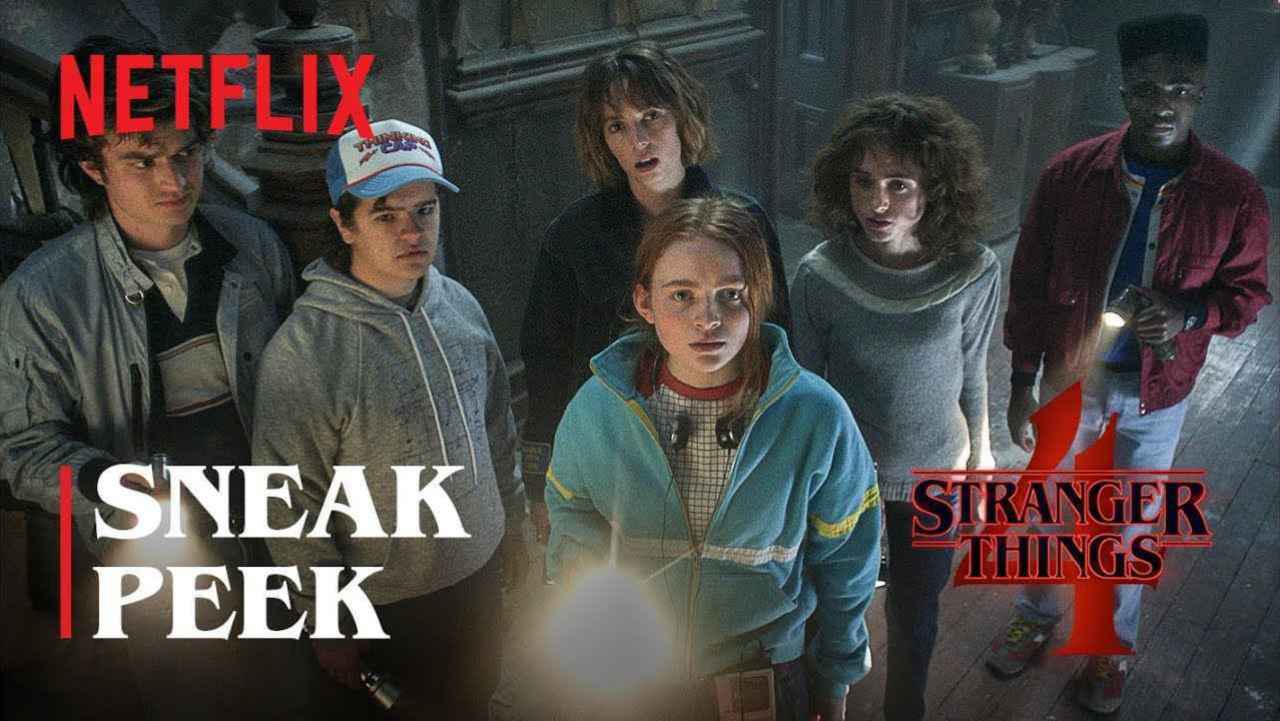 Stranger Things 4’s teaser trailer is finally here as [Netflix](/category/netflix/) gave fans what they’ve been asking for all year.The new clip says that things are going to get weird in 2022 as the Hawkins crew visits the upside down.As with the previous couple of seasons, everyone is looking just a bit older than before.(Of special mirth is Caleb McLaughlin’s new hi-top fade haircut showing the passage of time.) So many things were left unresolved at the end of the third salvo of episodes, so it will be fun for fans to finally get the answers they’ve been waiting for.Hopper is presumably still out there somewhere and there will have to be a rescue mission to uncover what kind of strange happenings are lurking out in Russia or whatever dangerous realm all these monsters are being controlled from.Check out the clip down below.don’t blink.STRANGER THINGS will return with Season 4 in 2022 — Netflix Geeked (@NetflixGeeked) uʍop ǝpᴉsdn ǝɥʇ uᴉ llɐ,ʎ ǝǝs [pic.twitter.com/ta3WX0pEcH] [August 6, 2021] For those wondering about what’s on the road for this show , executive producer Shawn Levy told Collider that there is an “end in sight.” He explained, “I have the end in sight.

The [Duffer] brothers have the end in sight.There is a plan and that too will be shared not quite as soon as a sense of when Season 4 is coming out, but soon enough.I can say this.No, one’s making it up as we go along and there is an endgame, if you will.” Speaking of Hopper, David Harbour recently spoke to Collider about the upcoming season.He says that [Stranger Things](/category/stranger-things/) 4 is his favorite batch of episodes yet.”[Season 4] is really my favorite season,” Harbour revealed.”I just love it.The scripts always get better and these guys, they started out, and Season One is so tight and good and intimate in a certain way, it’s so good.

And these guys go in different directions, of which the fans have multiple takes on, but I will say, the writing continues to be of its particular, specific genre, whatever they’re doing each season is just extraordinary.And this, again, we top it.Like I feel it’s a big, beautiful season.I can’t wait for people to see it.” Are you excited for Stranger Things 4? Worried about everyone making it out alive? Let us know down in the comments!.