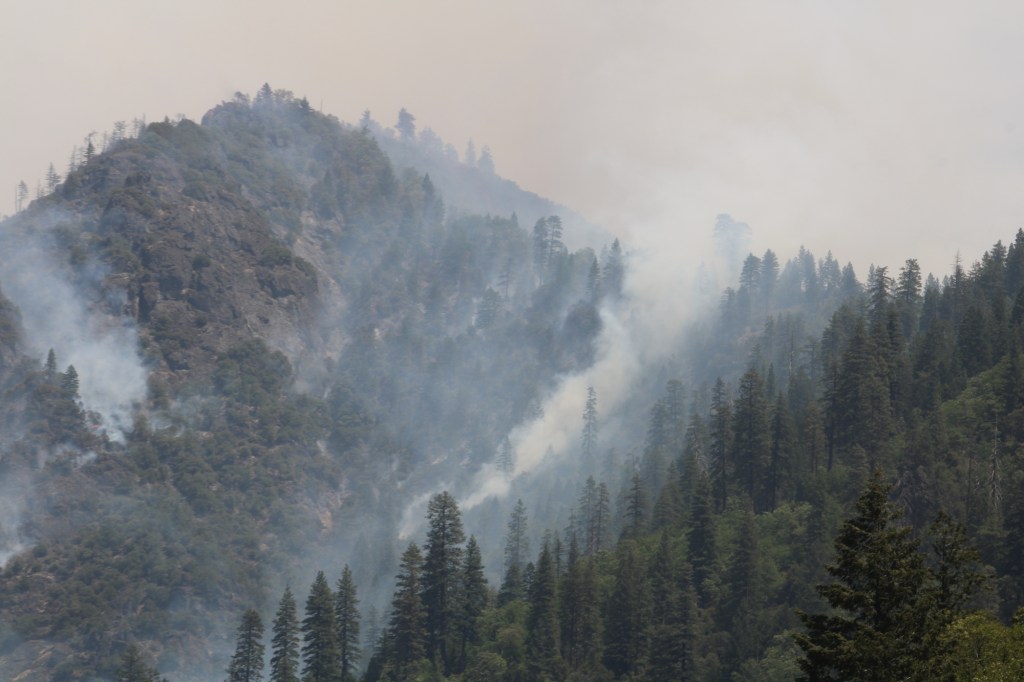 Driven by winds that are expected to return with a vengeance Wednesday afternoon, the Dixie Fire continue a resurgence Monday night and Tuesday morning, leading to further evacuations and warnings in the Lake Almanor and Chester areas.

Just after noon Tuesday, the Plumas County Sheriff’s Office issued a mandatory evacuation order for the east shore of Lake Almanor, an area that had its evacuation warning lifted over the weekend.

The Sheriff’s Office said residents of that area should evacuate to Chester — an area that received an evacuation order as well around 5 p.m.Tuesday.

Residents were encouraged to evacuate to Susanville, where an evacuation center has been set up at Lassen Community College.

The Chester evacuation order includes all of Chester, from the Highway 36/89 junction east to the causeway, and on both sides of 36 through Chester to the Lake Almanor edge and north to the county line.

Spot fires jumped the fire lines in both the East and West zones Tuesday.

West Zone One spot fire got out of the containment lines and grew to about 3 acres Tuesday in the snow meadow area, said Cal Fire Incident Management Team 1 Operation Section Chief Mike Wink during a livestreamed fire update Tuesday evening.

That fire was outside of the perimeter, but still inside contingency lines which firefighters had created, Wink said.With the aid of airplanes and helicopters dropping water and retardant, firefighters have stopped the spread of the spot fire, are mopping it up and it is holding at 3 acres.

The fire is “very active” in the northern part of the West Zone, Wink said.In the West Almanor and Prattville area, the fire had not damaged any structures by Tuesday evening.Firefighters in the area are doing perimeter and structure control to protect structures.

Wink pointed out Forest Ranch, Magalia and Mineral on the map during the livestream, and he said current projections don’t include those communities, but changing winds later this week could impact that.

There has been no change in the Philbrook or Jonesville areas, Wink said.

East Zone A push by the fire to the north caused spot fires Tuesday across Highway 89, but most of those were inside the contingency lines, said California Interagency Team 4 Operations Section Chief Kyle Jacobson.

A small 2 acre fire did spot outside the lines, but crews were successful at keeping it from structures, he said.

Wind Meanwhile, the National Weather Service is predicting increased winds Wednesday afternoon and early evening up to 25 mph, with the pattern repeating Thursday.A red flag warning is in effect for the area beginning Wednesday afternoon because of the gusty winds and dry conditions.

Officials said winds could ease Thursday, but the wind is predicted to change direction at that time.

Tuesday, grew by about 6,400 acres since Monday morning after burning just 250 acres Sunday.

The mandatory evacuation order for Greenville remains in effect.

U.S.Forest Service Unified Incident Commander Shannon Prather said, “We definitely have a few hard days ahead of us.

He iterated that firefighters prioritize life, property and resources, in that order and asked residents in evacuation zones to leave early.

“My heart does go out to all of you, all the communities that have been evacuated in the East Zone and the West Zone,” Prather said.

Containment of the Dixie Fire grew to 35 percent by Tuesday evening..