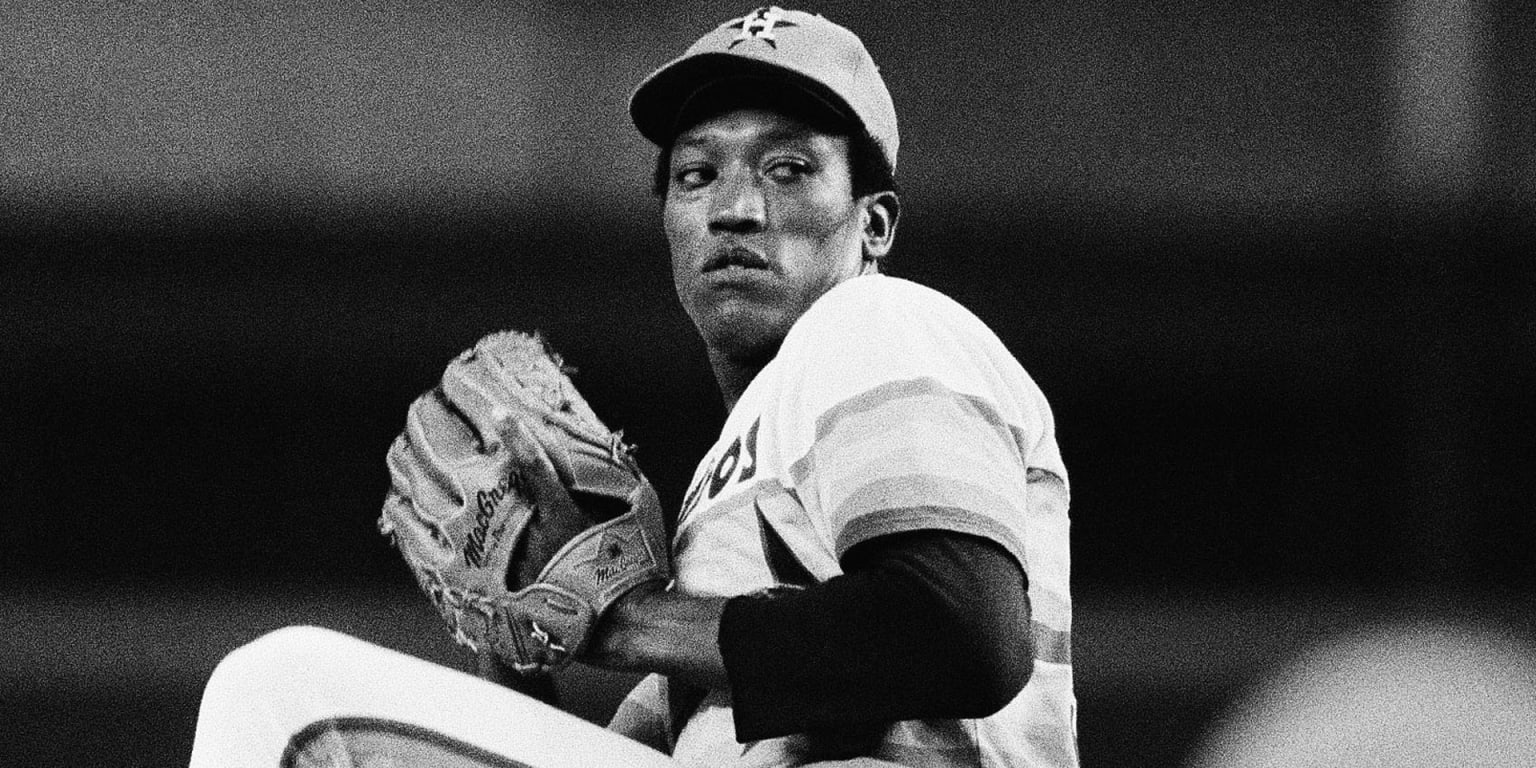 J.R.Richard, dominant Astros righty, dies J.R.Richard, a large and intimidating right-hander who struck out more than 600 batters over two seasons for the Astros in a 10-year career cut short by a stroke, died Wednesday at age 71.James Rodney Richard, all 6-feet-8 of him, was drafted No.2 overall in 1969 but despite striking out 15 batters in his first big league start, he didn’t win a full-time job as a starter until 1975.For the next 5 1/2 seasons he was a dominant pitcher, winning 20 games in 1976, leading the Majors in strikeouts in 1978-79 and ERA in ’79.

Throwing a 100-mph fastball and a sharp breaking pitch, he also led the Majors in wild pitches three times, which made him all the more difficult to face.“Today is a sad day for the Houston Astros as we mourn the loss of one of our franchise icons, J.R.

Richard,” the Astros said Thursday in recognizing Richard’s death.”J.R.will forever be remembered as an intimidating figure on the mound and as one of the greatest pitchers in club history.He stood shoulder to shoulder with club icons Larry Dierker, Joe Niekro and Nolan Ryan, to form a few of the best rotations in club history.

Sadly, his playing career was cut short by health issues, but his 10 years in an Astros uniform stand out as a decade of excellence.We send our heartfelt condolences to J.R.’s wife, Lula, his family, friends and countless fans and admirers.” Richard had a 107-71 record with a 3.15 ERA and 76 complete games.He won 18 or more games in four straight seasons (1976-79).In 1978, he became the first Astros pitcher to reach 300 strikeouts in a season with 303, a record he broke the following season with 313 strikeouts.

On the Astros’ all-time lists, Richard ranks tied for second in career ERA (3.15), third in strikeouts (1,493), fourth in complete games (76) and fifth in wins (107) and shutouts (19).In 2019, he was part of the inaugural class inducted into the Astros Hall of Fame.In 1980, with a record of 10-4, an ERA of 1.90 and having recently been named the National League’s starting pitcher in the All-Star Game, Richard complained about a “dead” and numb pitching arm.After being placed on the disabled list, Richard collapsed while having a pregame catch on July 30.He had suffered a stroke due to a massive blockage in his right carotid artery, which required emergency surgery.

He attempted a comeback that lasted until 1984; he never pitched in another big league game.“I’ve known J.R.for a long time,” said Enos Cabell, who was an Astros teammate for several seasons.

“In the Minor Leagues, I played against him and then we were teammates with the Astros for many years.He was one of the greatest pitchers we ever had and probably would have been in the Hall of Fame if his career was not cut short.On the mound, he was devastating and intimidating.Nobody wanted to face him.Guys on the other team would say that they were sick to avoid facing him.This is very sad news.He will be missed.” “J.R.was one of my good friends,” said Jose Cruz, another long-time teammate with the Astros.

“This is very sad to hear.I have great memories of J.R.He was one of the greatest Astros ever.When he was pitching, we knew that we were going to get a ‘W.’ I didn’t get too many balls hit to me in the outfield when he pitched because he was so dominating.He was a great friend and a great teammate.I send my condolences to his wife and kids.”.