DeSantis to Biden: ‘I don’t want to hear blip about COVID from you’ until you do your job and secure border 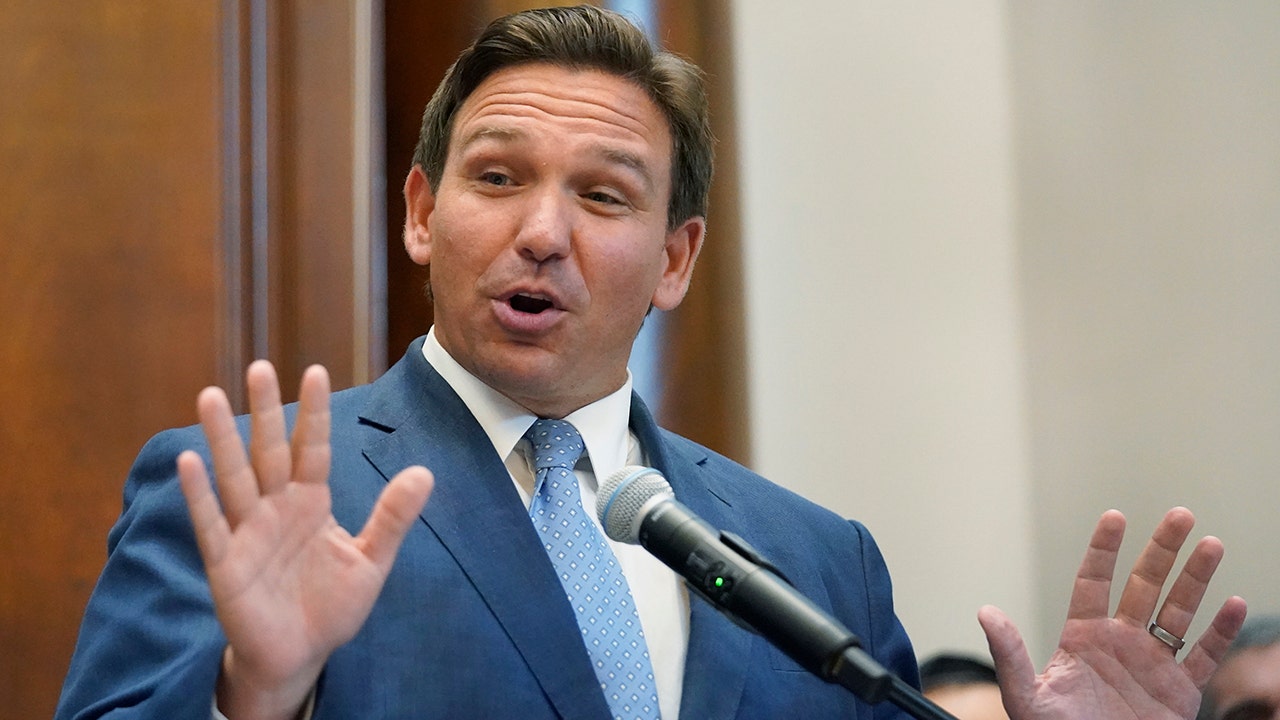 Florida Gov.Ron DeSantis blasted President Biden on Wednesday telling him to do his job and secure the southern border and not say “blip” about the coronavirus until he does.

“Why don’t you do your job?” the Florida Republican said during a press conference Wednesday.”Why don’t you get this border secure? And until you do that, I don’t wanna hear a blip about COVID from you, thank you.”

TUNE IN: GOV.RON DESANTIS REACTS TO BIDEN ON ‘THE INGRAHAM ANGLE,’ 10 PM ET ON FOX NEWS

An error occurred while retrieving the Tweet.It might have been deleted.

“This is a guy who ran for office saying he’s going to shut down the virus,” DeSantis added .”And what has he done? He’s imported more virus from around the world by having a wide open southern border.”

PSAKI CONTINUES BEEF WITH DESANTIS, GOP GOVERNORS, SAYS ‘GET OUT OF THE WAY’ OF MASK MANDATES

Biden has been widely criticized on social media over reports that illegal immigrants who are carrying the coronavirus are being released into border communities, in some cases without notifying local law enforcement.

The Biden administration has been pressed on the issue multiple times and has sidestepped the question as to why it is pushing Americans to be vaccinated while allowing unvaccinated and sick migrants into the United States.

Coronavirus cases among migrants have been surging at the southern border, and in one sector the number of infected migrants recently skyrocketed almost 900% .

“One of the only good ones,” Fox News contributor Lisa Boothe tweeted.

An error occurred while retrieving the Tweet.It might have been deleted.”Gov.DeSantis takes a massive wrecking ball to Biden’s absurd criticism on his handling of COVID,” Turning Point USA Chief Creative Officer Benny Johnson tweeted.

It might have been deleted.DeSantis and the Biden administration have been engaged in a war of words in the last few weeks over the governor’s opposition to face mask mandates, and at one point White House press secretary Jen Psaki accused DeSantis of putting children “at risk” by not requiring them to wear masks in schools.

Earlier this week, Psaki referenced rising coronavirus cases in Florida and said that DeSantis is putting politics over public health.

DeSantis’ office took issue with that position and pushed back in a statement from Pushaw.

“By dismissively ignoring Governor DeSantis’ efforts to protect vulnerable Floridians, Psaki is the one playing politics with the pandemic,” Pushaw told Fox News.”The White House should be more concerned about the flip-flopping of the CDC, which is inadvertently promoting vaccine hesitancy with their confusing, contradictory public communications.Stating that vaccinated people should wear masks and socially distance is implying that the vaccines do not change anything, which is the wrong message for our federal government to be promoting.”