DeSantis fires back at Biden: ‘Every COVID variant on this planet’ is coming through his open border 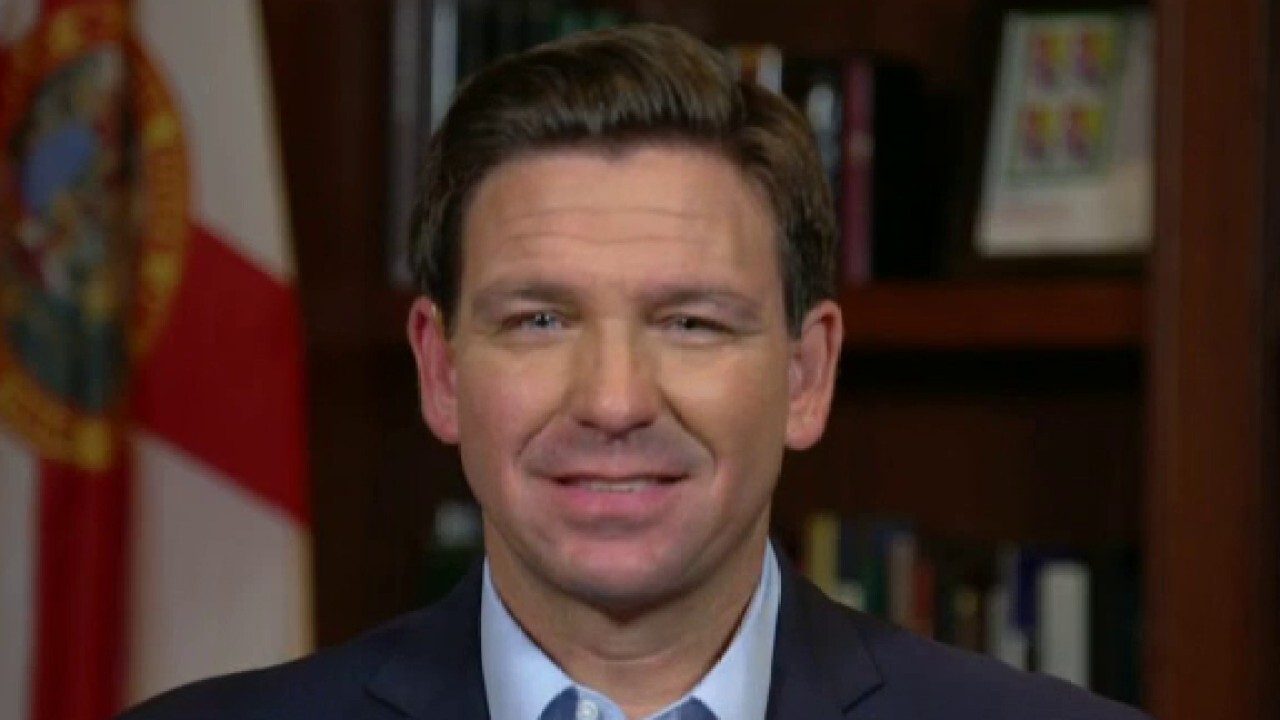 Florida Republican Gov.Ron DeSantis responded Wednesday to a White House attack from President Biden , who demanded he and Texas Gov.Greg Abbott “help or get out of the way” of administration efforts to mitigate the coronavirus.On ” The Ingraham Angle “, DeSantis said Biden is being disingenuous in blaming conservative governors who have refused to engage in widespread socioeconomic restrictions in regard to COVID mitigation, because the president continues to allow throngs of COVID-infected migrants to surge into Texas and in several cases be flown or bused to many states across the country – often without notifying local authorities in their final destinations.DeSantis told host Laura Ingraham that some of the migrants crossing into Texas have explicitly expressed a desire to travel to Florida, which he said is unacceptable.He added that he like other governors are not being told when illegal immigrants are being transported, often on taxpayers’ dime, to his state:”They don’t tell us.We try to do investigations.Sometimes we have gotten some documents and put 2 and 2 together.They do fly in… unaccompanied minors and a lot of military age males coming through the border,” he said.”You have law enforcement there helping Governor Abbott.

They said of the illegal border crossers they come in contact with, a majority of them want to end up in Florida.We are working on strategies to be able to deter that.”DeSantis said the issues in America under Biden transcend the pandemic, but intrinsically endanger national security.He added that Biden is off base demanding Americans follow his edicts while he allows illegal immigrants to flood in from any country they want via Mexico.”This is a guy that ran for president saying he would shut down the virus.

He was not going to shut down America or the economy.He would shut down the virus.

Yet what is he doing? He is bringing in people from over 100 different countries across the southern border,” he said.CLICK HERE TO GET THE FOX NEWS APP “Every variant on this planet – some we don’t even know about — are absolutely coming into our country that way.””He is lecturing people about imposing COVID restrictions and lockdowns and not only doing nothing to stop the border surge but actually facilitating it on the on the other hand, he just loses all credibility when it comes to COVID.”.