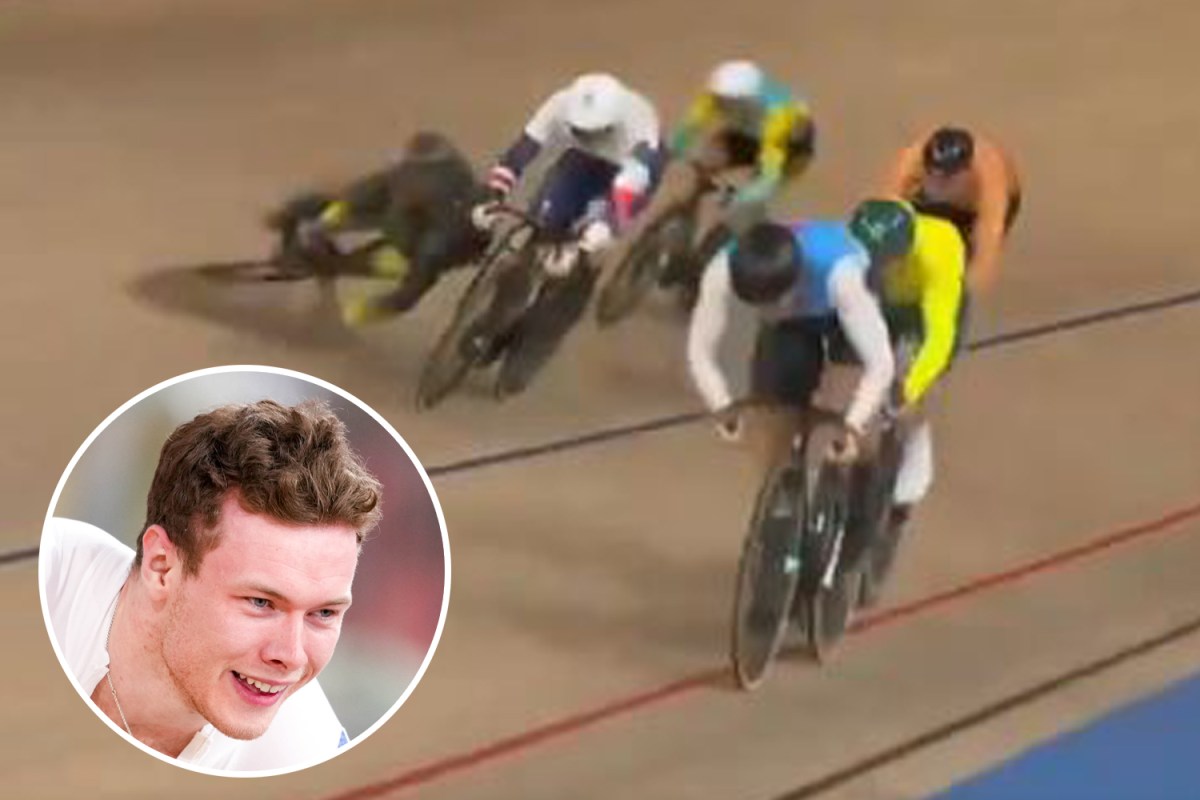 TEAM GB star Jack Carlin was involved in a crash during the men’s keirin heat that saw two riders fail to finish.

The 24-year-old, who has already secured two medals at the Tokyo 2020 Games, inadvertently veered into Malaysia’s Muhammad Shah Firdaus Sahrom’s line of sight.

More drama on the Olympic cycling track, during the men’s keirin heat.

Jack Carlin from #TeamGB manages to stay on his bike – but the result won’t stand from this round.

— BBC Sport (@BBCSport) August 7, 2021 4 Team GB’s Jack Carlin was involved in a crash during his men’s keirin heat race 4 He veered into Malaysia’s Muhammad Shah Firdaus Sahrom’s line of sight, resulting in him and Kazakhstan’s Sergey Ponomaryov to collide Credit: AP He instantly hit the deck after losing control, with Kazakhstan’s Sergey Ponomaryov subsequently going over him having had no room to get out the way.

The British ace, who scooped the silver in the team sprint and bronze in the sprint, was cleared of any wrongdoing.

As a result, the heat was re-run, with the race yet again marred by another huge crash.

With Sahrom and Ponomaryov failing to make the start line, only four riders geared up for the race.

And it was Carlin that finished in first place to qualify for Sunday’s quarter-final.

Dutch star Buchli followed in second place, but he was relegated after being judged to have caused Canada’s Barrette to go down.

Australian cyclist Richardson was them promoted from third to second.

JOIN SUN VEGAS: GET A FREE £10 BONUS WITH 100s OF GAMES TO PLAY AND NO DEPOSIT REQUIRED (Ts&Cs apply)

The judges ruled that Matthijs Buchli of the Netherlands was at fault, and the Dutch rider has been relegated.

Jack Carlin is into the quarter-finals, as Jason Kenny lines up for the repechage.

— BBC Sport (@BBCSport) August 7, 2021 Buchli then had to compete in the repechages, where he came up against six-time Olympic champion Jason Kenny.

And the three-time world champion safely secured his spot in the quarter-final by winning his race.

He was followed by Germany’s Stefan Botticher, with Buchli yet again finishing in third.

As a result the Dutch rider, who the gold medal in the Tokyo team pursuit, failed to qualify for the next round.