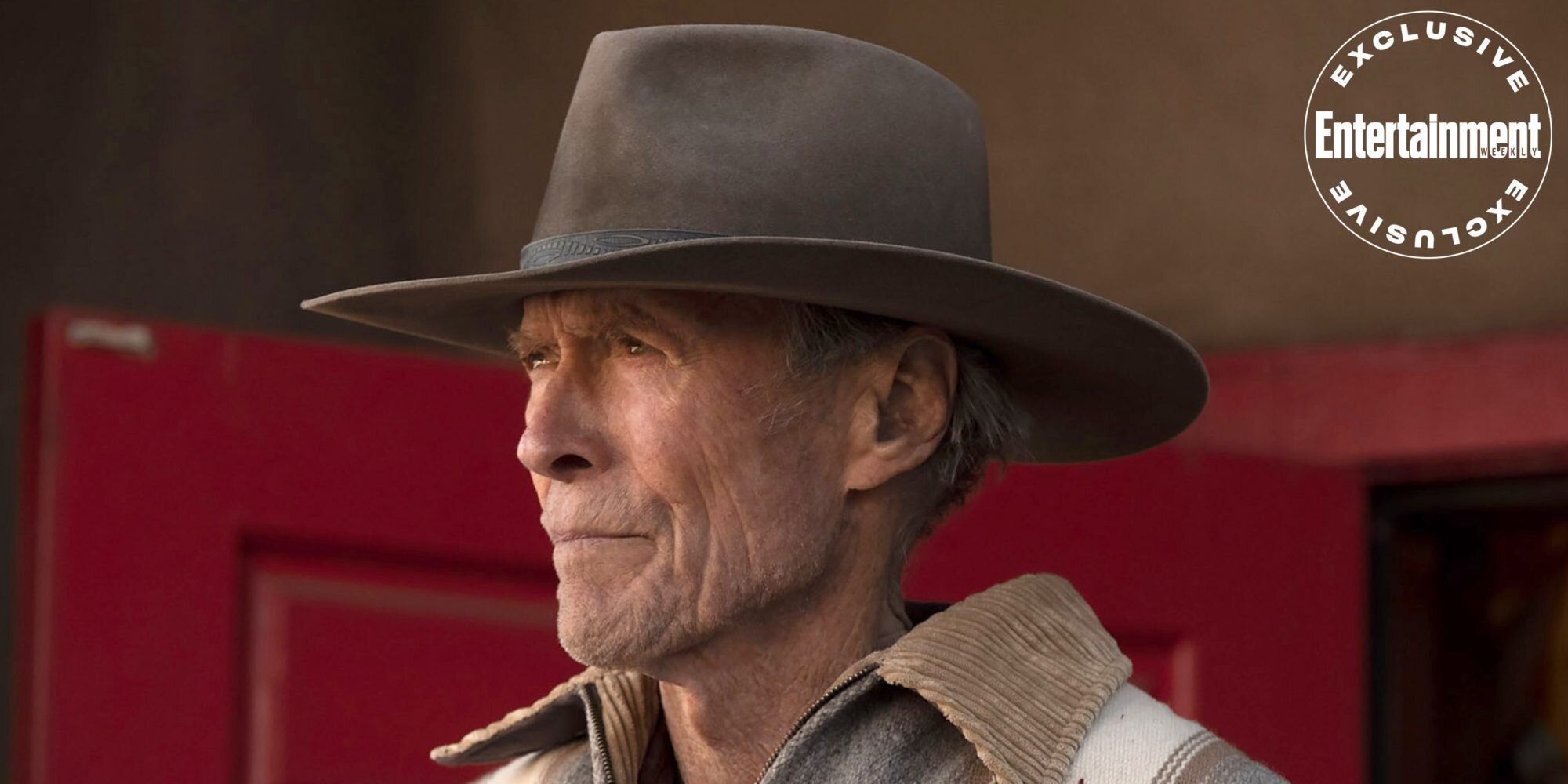 Clint Eastwood is back in the saddle with a pet rooster in Cry Macho first look No matter what age he is, [Clint Eastwood](https://ew.com/tag/clint-eastwood/) will always be a cowboy at heart.The 91-year-old actor is back in the saddle for his upcoming movie Cry Macho, a Western drama set in 1979.Along with producing and directing the film, Eastwood stars as Mike Milo, a one-time rodeo star and washed-up horse breeder who takes a job from an ex-boss to bring the man’s young son home from Mexico.Forced to take the backroads on their way to Texas, the unlikely pair face an unexpectedly challenging journey, during which the world-weary horseman finds unexpected connections and his own sense of redemption.”It’s about a man who has been through some hard times in his life and then unexpectedly another challenge is brought to the foreground,” Eastwood tells EW.”He would normally never do it but he is a man of his word.He follows through.And it starts his life over again.” EW has your first look at the “uplifting and poignant drama” that finds Eastwood back in front of the camera only three years after starring in [The Mule](https://ew.com/movie-reviews/2018/12/12/clint-eastwood-the-mule-ew-review/) .

But what’s more surprising is how it looks like his character is going to make friends with a pet rooster along his journey.”The rooster would do exactly what he’s supposed to, everything, it was very simple and kind of fun,” the legendary actor says of his cocky costar.Much like Mike’s long road in the film, Cry Macho has faced a similarly long journey to make it from page to screen.Ever since author N.Richard Nash’s novel of the same name was published in 1975, there have been many attempts to adapt it into a film, with names like [Arnold Schwarzenegger](https://ew.com/tag/arnold-schwarzenegger/) , [Pierce Brosnan](https://ew.com/tag/pierce-brosnan/) , and [Burt Lancaster](https://ew.com/tag/burt-lancaster/) attached to star at certain points in the past.Even Eastwood was in negotiations to star in it back in 1988, making his eventual return to the project almost 30 years later quite the full-circle moment.

Cry Macho also stars Dwight Yoakam and Eduardo Minett (in his feature film debut).It’s executive produced by David M.Bernstein, produced by Albert S.Ruddy, Tim Moore, and Jessica Meier, with a screenplay by Nick Schenk and author Nash (who adapted it from his own novel before his death in 2000).

The movie premieres in theaters and on HBO Max on Sept.17 and will be available to stream for 31 days after its release.Related content: – [Clint Eastwood only hurt himself with Richard Jewell’s worst cliché] – [Clint Eastwood probes 1996 Atlanta bombing in first Richard Jewell trailer] – [Clint Eastwood is a senior running drugs in The Mule: EW review] – [Val Kilmer’s son Jack gives his dad a voice in poignant clip from Val documentary] – [90 Day Fiancé’s Angela shocks cast when she angrily flashes the camera in tell-all sneak peek] – [Clint Eastwood is back in the saddle with a pet rooster in Cry Macho first look] – [First Look: Gary Janetti’s new book is a call to arms for impatient people everywhere].