BRPROUD | What to watch Monday night, Tuesday morning at the Tokyo Olympics 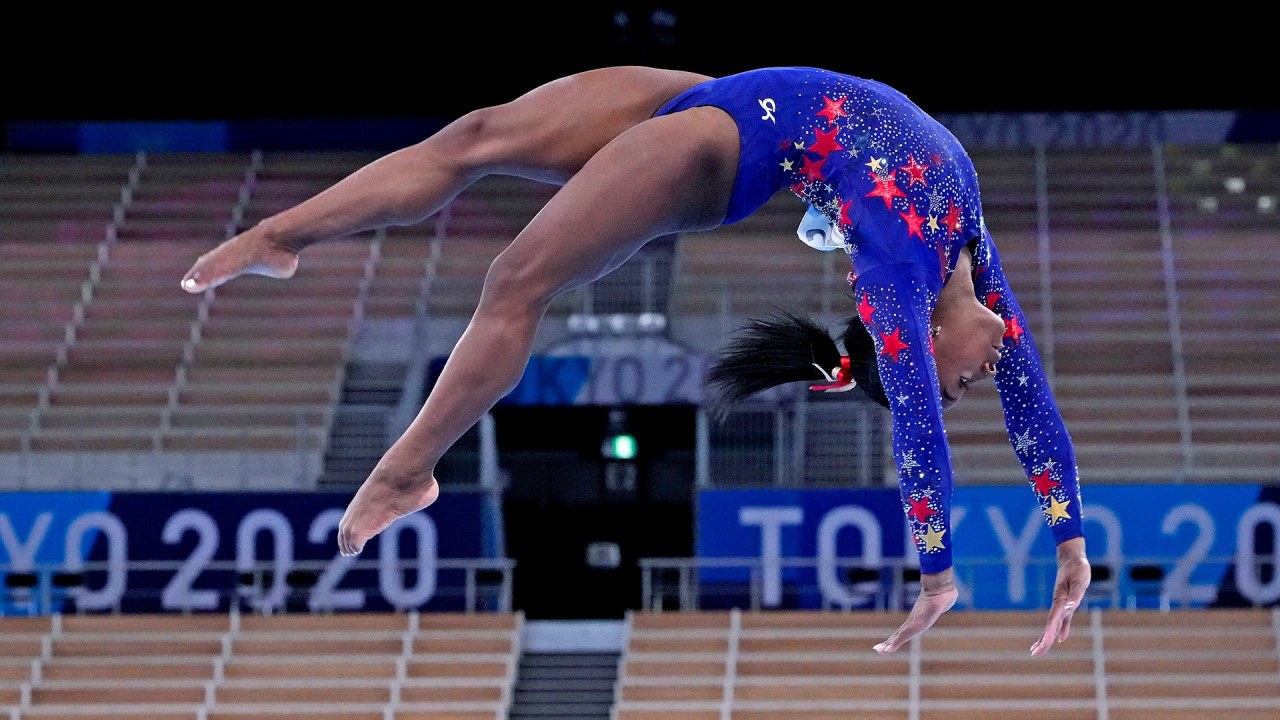 Simone Biles is set to return to competition in the women’s individual balance beam final on the last night of the gymnastics event finals.

Olympic knockout stages are in full effect as men’s basketball, women’s beach volleyball and women’s water polo all hit the quarterfinal rounds of their respective tournaments.Plus, the men’s 400m hurdles final is set to provide one of the most highly anticipated races of the Tokyo Games.Here’s what to watch on Olympic Day 11.

ET TV Channel: NBC Live Stream: Watch Beach Volleyball After defeating Cuba in two sets yesterday, April Ross and Alix Klineman are back on the beach for a quarterfinal match against German duo Laura Ludwig and Margareta Kozuch .Ludwig and Kozuch just upset one of the tournament’s top teams, Brazil’s Agatha / Duda , in the Round of 16.Ross and Klineman’s match will be the first of four women’s quarterfinal matches taking place on Day 11.

In the second session, Sweden’s world No.1 Mondo Duplantis will look for men’s pole vaulting gold in his Olympic debut.Duplantis holds both the indoor and outdoor pole vault world records, and his biggest competition — American and world No.

2 Sam Kendricks — is out of competition after testing positive for COVID .

The second session will also see 19-year-old U.S.runner Athing Mu , who enters the women’s 800m final with the season’s fastest time.That race will be followed by the women’s 200m final, which is expected to feature a stacked field that includes American Gabby Thomas (who ran the No.

2 time ever at Trials) and Jamaican stars Elaine Thompson-Herah (who won the 100m final ) and Shelly-Ann Fraser-Pryce .

In an earlier quarterfinal matchup, Luka Doncic and Slovenia look to extend their unbeaten run through the tournament as they open the knockout rounds against Germany.

For the full list of quarterfinal games, visit the basketball schedule page .

Start Time: 12:40 a.m.ET Live Stream: Watch Women’s Water Polo The first of four quarterfinal matches in women’s water polo features the United States against continental rivals Canada.The U.S.women finished 3-1 in the prelims to win their group, with the only blemish being a close 10-9 loss to Hungary.

U.S.captain Maggie Steffens set the Olympic record for career scoring earlier in this tournament and will be counted on to lead the Americans into the semifinals.

Start Time: 1 a.m.ET TV Channel: USA Live Stream: Watch Diving Diving competition continues with both the semifinal and final rounds of the men’s individual springboard event.The semifinal round takes place at 9 p.m.ET ( watch here ) before moving onto the final a few hours later.Andrew Capobianco , who already won silver in the synchronized event, and Tyler Downs , 18, will compete for the United States.

ET TV Channel: CNBC Live Stream: Watch Track Cycling On Day 11, the U.S.could potentially win its first-ever medal in women’s track cycling.The event to watch is the women’s team pursuit, an event that the U.S.has won at four of the last five world championships.With a strong team that includes Chloe Dygert , the U.S.will seek to improve upon its silver-medal finishes from the past two Olympics.

However, the team that won gold at both Games, Great Britain, is led by star cyclist Laura Kenny (née Trott) and remains one of Team USA’s top challengers.

Day 11’s track cycling session starts at 2:30 a.m.ET with the first round of the women’s team pursuit.The finals are scheduled to go off at 4:19 a.m.ET and will be followed by the men’s team sprint finals.

Start Time: 2:30 a.m.ET Live Stream: Watch Gymnastics Gymnastics at the Tokyo Olympics wraps up with the final set of event finals, including the men’s parallel bars, women’s balance beam and men’s high bar.Simone Biles makes her return to competition in the balance beam final after pulling out of the team competition, individual all-around and three event finals.

ET Live Stream: Watch Men’s Soccer The men’s soccer tournament moves into the semifinal round with a pair of intriguing matchups.The first match pits the last two Olympic champions, Mexico and Brazil, head-to-head for the right to advance to the final.The second match features host nation Japan, the only team to win all three of its group-stage matches, against a talented Spain squad that was pegged as one of the pre-tournament favorites.