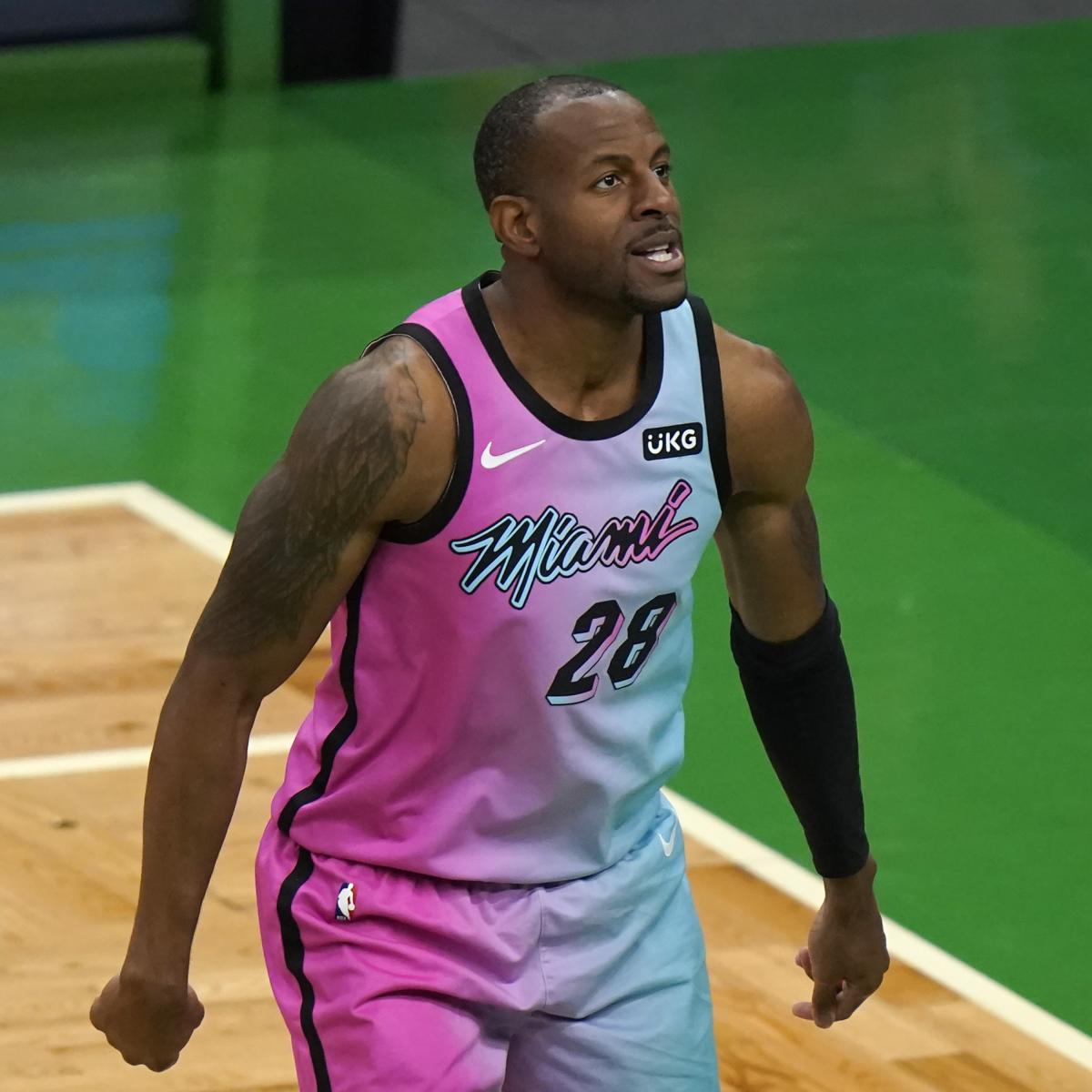 Andre Iguodala to Sign 1-Year Contract with Warriors, Calls Chance ‘Special’ Andre Iguodala has found a new home after agreeing to a deal with the Golden State Warriors .Speaking to Jonathan Abrams of the New York Times, Iguodala said he intends to sign a one-year deal with the Warriors that will allow him to end his career with the franchise: “Who would have thought I’d have the opportunity to go back to the place where I was able to have, whatever you want to call it, legacy years, in terms of the accomplishments, winning multiple championships, the relationships that I was able to build with some of my closest friends and teammates? The relationship with the fans, the relationship with the Bay, the opportunity to end it here, was just something special.” Iguodala became an unrestricted free agent after the Miami Heat declined their $15 million option on his contract for the 2021-22 campaign.He spent the past two seasons in Miami after being acquired in a Feb.2020 trade with the Memphis Grizzlies .In 63 appearances last season, the forward averaged a career-low 4.4 points and 2.3 assists per game with a 38.3 field-goal percentage.A 17-year NBA veteran, Iguodala’s game has adapted multiple times.

He used to be a scoring wing during his time with the Philadelphia 76ers , when he averaged 17.0 points per game on 45.4 percent shooting over six seasons from 2006-12.In the later stage of his career, his primary value has come on the defensive end.

He was a key player on that end of the court during his time with the Golden State Warriors from 2013-19.The Arizona alum was named NBA Finals MVP in 2015 in part for his efforts guarding LeBron James.Given his age, Iguodala is best served in a more limited role with a playoff contender right now.He averaged 20.9 minutes per game in 84 appearances with the Heat over the past two seasons.The Warriors parted ways with Iguodala after the 2018-19 season by trading him to the Memphis Grizzlies.Prior to that move, he played a key role in the franchise’s ascent to the top of the NBA.He isn’t going to be the same player with the Warriors this time around that he was before, but he fills an essential role for the organization this season.Andrew Wiggins will remain Golden State’s starter at small forward.

Iguodala will serve as his primary backup, while also allowing the Warriors to ease rookie Jonathan Kuminga into the rotation slowly as he develops his skill set in the NBA.The Warriors have to strike while the iron is hot.

Their window of contention remains open, especially if Klay Thompson returns at full strength to play alongside Stephen Curry and Draymond Green.Iguodala knows how to play with that trio as well as anyone in the NBA.His return makes perfect sense for what the Warriors hope to accomplish in 2021-22..