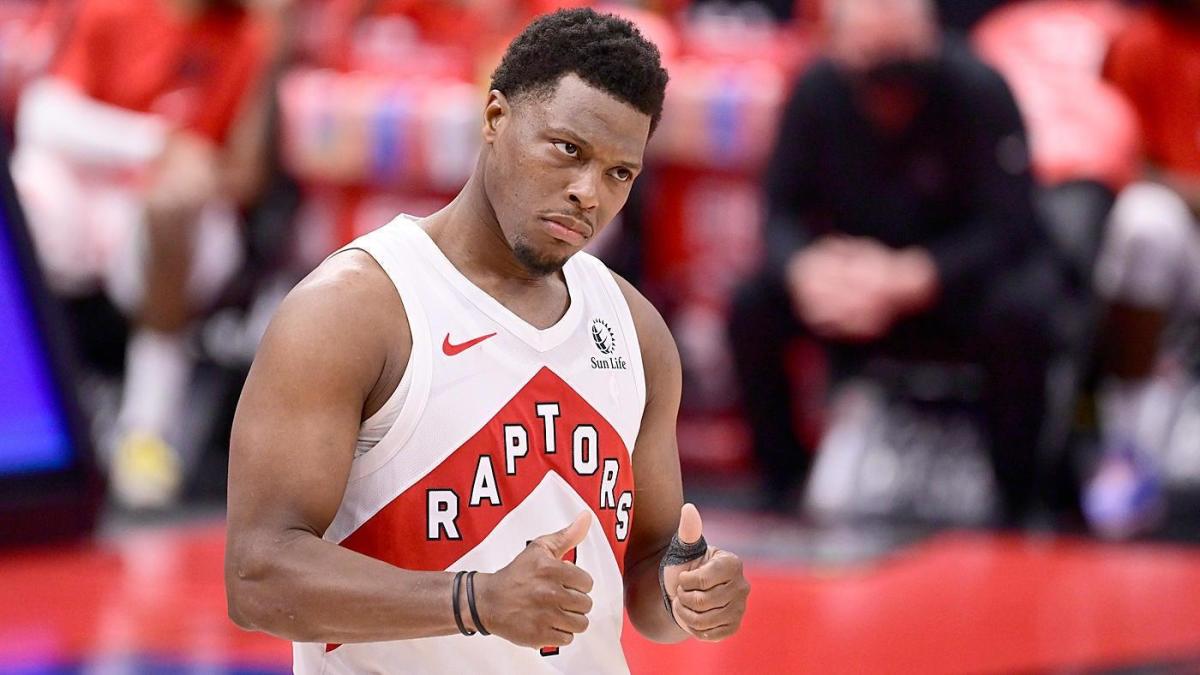 The NBA Finals concluded on July 20, the NBA Draft was held on July 29 and, since these things usually happen in June, you might be wondering when free agency will begin.The answer is this coming Monday, Aug.2, at 6 p.m.ET.(That’s when you should be checking Twitter — and this website, if you’d like — because teams will officially be allowed to negotiate contracts with free agents.The transaction moratorium will be lifted on August 6 at 12:01 p.m.

ET, which means that’s when teams will announce signings that you already have read about on the internet.) You might also be wondering who the big-name free agents are, who actually has the cap space to sign them and so on.If so, this free agency primer is for you! Here are six questions heading into free agency: 1.Where are all the point guards going? Chris Paul .Kyle Lowry .Mike Conley .Spencer Dinwiddie .

Some of those players will be on new teams next season.It is difficult to imagine Paul being one of them, since he is coming off his first Finals appearance.Phoenix Suns general manager James Jones said Thursday that he is “confident that we will be able to have a conversation hopefully in the coming days that will make everyone happy,” for whatever that’s worth.

On Sunday, he declined his $44.1 million player option .Lowry will have options .

The New Orleans Pelicans just freed up cap space, and if they are dreaming of making a Suns-like leap next season, they might envision him as their Paul.The Dallas Mavericks want Lowry, according to Marc Stein of Marc Stein’s Substack .The New York Knicks , Philadelphia 76ers and Miami Heat have all been linked to him, too, although Philly and Miami would need the Toronto Raptors to agree to a sign-and-trade to make it happen.The Utah Jazz are going to offer Conley three years and $75 million, per Stein .They are in a weird place after losing to the undermanned Los Angeles Clippers in the second round of the playoffs, but they need to re-sign Conley (or at least work out a sign-and-trade) because the alternative is losing him for nothing, with no cap space to replace him.

Ball appears close to following Stan Van Gundy, Eric Bledsoe and Steven Adams out the door in New Orleans.Everyone knows the Chicago Bulls are a potential landing spot, but if you weren’t watching Stadium’s live draft show, you might have missed Shams Charania reporting that the Raptors and Boston Celtics are interested in getting into the Ball business.Hm! Russell Westbrook plays for the Los Angeles Lakers now, which might clear the way for Dinwiddie to join the Washington Wizards in a sign-and-trade.

Dinwiddie could also potentially wind up in Toronto or Miami if he doesn’t stay with the Brooklyn Nets or jump to the Knicks, per Charania and Fred Katz of The Athletic .The Westbrook trade means that Schroder will need to find a new home, too.

This is basically a big game of musical chairs involving hundreds of millions of dollars.And those aren’t even all of the point guards on the market.Reggie Jackson , Cameron Payne , Derrick Rose , T.J.McConnell and Patty Mills are all unrestricted free agents, and Devonte’ Graham and Kendrick Nunn are both restricted.2.

Aside from the PGs, who will be the best player to sign with a new team? John Collins ‘ suitors are essentially backing off because they think he’s set on re-signing with the Atlanta Hawks , according to Stein , so I’d argue that Duncan Robinson is the most interesting restricted free agent who might move.

As far as the veterans go, DeMar DeRozan is the biggest name I haven’t mentioned yet.I’ve thought for months that he’d end up with the Knicks, so you can probably assume that won’t happen.Here’s a big list of players who are on the market .3.

Are the Knicks going to do anything big? As I said, DeRozan makes sense.They desperately need playmaking, and they have plenty of cap space.

(They opened up about $2 million with their draft-night maneuvering, and they already had more than $50 million.) They could theoretically sign him and one of the point guards.Or they could throw a big offer sheet at someone like Collins or Robinson.Or they could use some of that space to absorb contracts other teams are trying to move, picking up extra draft picks in the process like the Memphis Grizzlies did with Bledsoe and Adams.

If there were a bunch of superstars on the market, you know exactly how New York would be approaching this offseason.Given that there is no obvious franchise player here, this is a bit complicated.How many years would they feel comfortable committing to players like Lowry and DeRozan? Do they care about preserving future flexibility to sign The Guy, or do they figure that they’ll have to trade him anyway? They surely feel some degree of pressure to build on last season’s good vibes rather than taking a step back.

What other teams could make a splash? After dumping Josh Richardson’s contract on Friday and picking up the option on Willie Cauley-Stein’s contract, the Mavericks can have more than $30 million in cap space, provided that they renounce all of their own free agents.New Orleans can put itself in a similar position.Miami could have gotten to around $22 million before deciding to pick up Goran Dragic’s $19.4 million option on Sunday, but now that is no longer an option — that Dragic contract now figures to be a central part of its sign-and-trade offers for Lowry.The San Antonio Spurs don’t fit the profile of a free-agent destination right now, but they could have more money to spend than anybody except New York.It’s unclear whether or not DeRozan is still in their plans, and I wonder if they might throw a hefty offer sheet at a restricted free agent.Also: The Pistons have about $20 million in cap space.The Raptors will have a bit more than that if Lowry walks.

The Bulls can create enough space to chase just about anybody, but they’d have to let Thaddeus Young and Tomas Satoransky go, rescind Lauri Markkanen’s qualifying offer and maybe stretch Al-Farouq Aminu’s contract (or do some of those things).The Oklahoma City Thunder will have a lot of space or a lot of trade exceptions.CBS Sports HQ Newsletter Your Ultimate Guide to Every Day in Sports We bring sports news that matters to your inbox, to help you stay informed and get a winning edge.Thanks for signing up! Keep an eye on your inbox.

Sorry! There was an error processing your subscription.5.Which contenders can actually get better? I’m not asking you to feel bad for the best teams in the league, but they don’t tend to have a ton of tools at their disposal in free agency.Once a team like Phoenix has used its midlevel exception and biannual exception, minimum contracts are all it can offer.The best teams find ways to get good players on minimum deals.

Those players, however, don’t necessarily want to remain on minimum deals.Nicolas Batum , Blake Griffin and Jeff Green certainly played well enough last season to seek more money this time around, and it’s not necessarily going to be easy for their teams to retain or replace them.One thought exercise: Who’s the best player who will sign the $9.5 million midlevel exception? Last offseason, a procession of centers — Serge Ibaka , Montrezl Harrell , Tristan Thompson and Derrick Favors — took the midlevel, but the Suns’ Jae Crowder signing turned out to be the best one.Batum is probably the most Crowderesque player on the market now.6.

Uh, Kawhi isn’t going anywhere, is he? Clippers president Lawrence Frank confirmed Thursday that they would like Kawhi Leonard , one of the best basketball players on the planet, to remain a member of the organization.The Clippers want to have “a very long-term relationship with him,” Frank said.Big news.On Sunday, Leonard declined the player option that would have paid him $36 million next season.He is expected to re-sign in Los Angeles at a starting salary of $39.3 million, and his new contract could run as long as four years.It’s worth mentioning that Leonard recently had surgery on his torn ACL.He might not play at all until the 2022-23 season.

This is a lot like the Kevin Durant situation a couple of years ago, except for the part where everybody expected Durant to leave the Golden State Warriors .Should Leonard sign elsewhere, it would be the most stunning free-agency moment since he brought Paul George to Los Angeles with him..